In tonight's episode, AJ tells Antara that he believes her and wants to marry her in front of Guddan at the Jindal Bhavan. 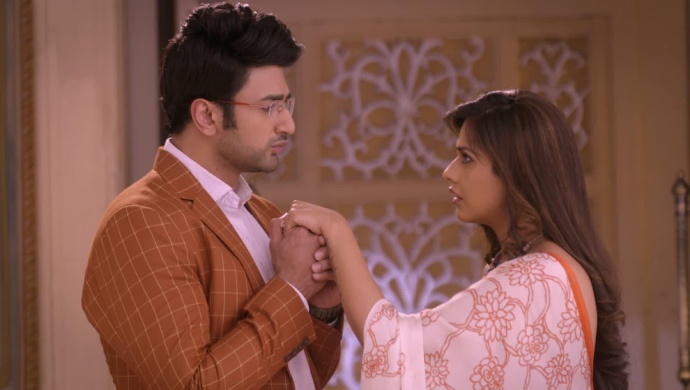 In the previous episode of Guddan Tumse Na Ho Payega, AJ is shocked hearing Antara’s confession to Guddan. Lakshmi is shocked seeing AJ as the person who married Guddan. Durga and Guddan explain how they came up with a plan to replace the real groom with AJ. Guddan forgives AJ but refuses to treat him as her husband or friend. Antara shows herself to be good in Daadi’s eyes when she says she took back the property from Guddan.

In tonight’s episode, AJ reaches Guddan’s house too. When he sees Antara he gives her a hug and apologises for not believing her earlier. He says how hurt he is by Guddan marrying another man. Guddan’s father goes out and calls Guddan. Then he finds out that AJ is pretending to be with Antara only as part of his plan.

AJ shows up and tells Guddan that everything went according to plan. Guddan doesn’t respond to AJ and cuts the call. Guddan’s father asks AJ to let go to Guddan. Durga also thanks Guddan for giving her a chance to win back her trust. Lakshmi shows up telling Guddan that Harish has woken up.

Guddan begins untying Harish to set him free. However, she also says that if Antara finds out he took her money but didn’t marry Guddan, she will kill him. Guddan asks Harish to pretend that he is her husband while she is in the Jindal Bhavan or else she will tell Antara the truth and get him killed.

When Antara shows up, she asks Guddan to leave the house. Guddan even agrees to leave the house and the family. However, AJ stops Guddan from leaving and says he wants her there. He promises to marry Antara in front of Guddan. He also asks Antara to let Guddan stay in the house and watch him get married to someone else.

Antara agrees to let Guddan stay and watch AJ get married. Later, Anatara takes Guddan’s expensive ring away saying it was brought with AJ’s money which is now her’s. Antara says she will get a better one and throws it on the ground. AJ tries to put the ring on Guddan’s finger but Guddan takes her hand away.