In the next episode, Alisha and Guddan try to stop AJ from removing Alisha's bangle in which Vikrant has hidden a bomb. 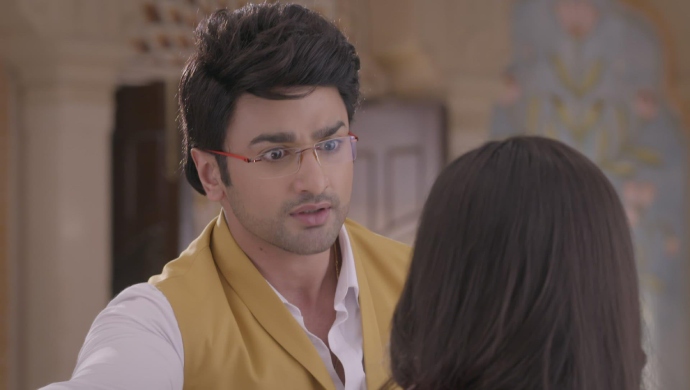 In tonight’s episode of Guddan Tumse Na Ho Payega, Guddan comes up with a plan to find out Vikrant’s truth. She tells him that she wants to be an actress and pretends like she needs to rehearse a few lines. Vikran agrees to help Guddan rehearse. Guddan acts out how Vikran must have lost his kid because of a miscarriage. Vikrant becomes emotional and reveals how he plans to get revenge from AJ.

Guddan says she will save Alisha, but Vikrant stops crying and remembers his mission. He tells Guddan that he has put a micro-chip bomb inside the bangle which Guddan gave Alisha. He threatens to blow up Alisha if Guddan reveals his secrets and says the bomb will burst if Guddan tries to take it off. When AJ returns home from the temple, he sees Alisha slap Guddan in the face.

In the next episode, AJ walks up to Alisha and grabs her hand. He says he wants to take back the bangle that Guddan gave Alisha. Guddan tries to stop him but AJ says that this is something Guddan should have done herself. Guddan tries to hold AJ back and asks him to stay away from the bangle. Vikrant is happy because if the bangle comes off, the bomb will blast. Will Guddan be able to stop AJ and save Alisha? Stay tuned to find out.