In the next episode, Guddan manages to save AJ, Lakshmi and Saraswati within 10 minutes but falls unconscious in the process. 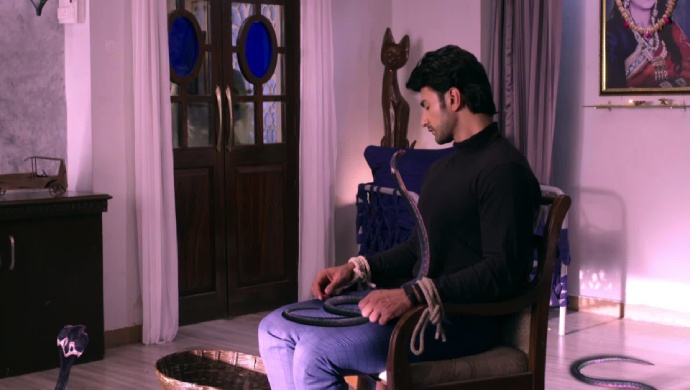 In tonight’s episode of Guddan Tumse Na Ho Payega, Parv gives Guddan 10 minutes to rescue AJ, Daadi and Lakshmi. Guddan decides to save Daadi from the poisonous gases first. She then saves Lakshmi from drowning inside the water tank. Angad, Durga and Saraswati divert Parv’s attention from seeing how well Guddan is doing. When Guddan enters AJ’s room she sees a poisonous snake ready to bite him.

In the next episode, Guddan manages to rescue AJ who hugs her out of relief. Guddan goes back to the mandap with AJ, Daadi and Lakshmi. She tells Parv that she managed to save her entire family within 10 minutes. AJ punches Parv and hands him over to the police. Once Parv is arrested Guddan faints. Will Guddan die protecting her family? Stay tuned to find out.