In tonight's episode, Guddan saves AJ from poisonous snakes but faints after she herself is bitten by a snake. 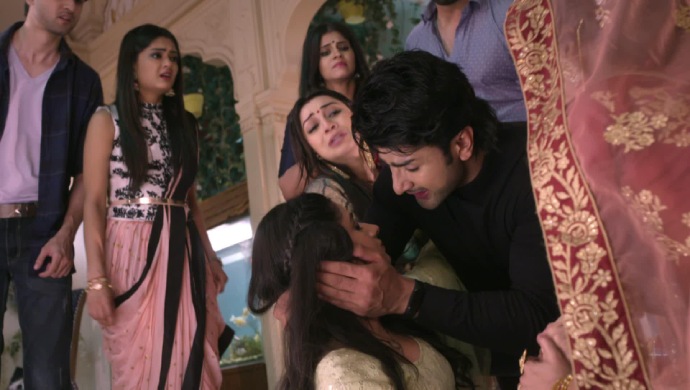 In the previous episode of Guddan Tumse Na Ho Payega, Parv gives Guddan 10 minutes to save Lakshmi, Daadi and AJ. Guddan decides to save Daadi first. From there she goes to save Lakshmi bahu from drowning. Angad, Durga and Saraswati try and distract Parv from noticing that Guddan already saved 2 people. However, Parv notices Guddan’s progress and speeds up his wedding with Revathi.

In tonight’s episode, Guddan goes to rescue AJ from the poisonous snakes. She attracts the snakes towards her and away from AJ. She throws a bedsheet on the snakes and goes to untie AJ. Meanwhile, Angad breaksfree from the ropes and tries to beat up Parv. However, Parv manages to push Angad away and shoots Angad injuring his arm.

AJ hears a gunshot wound and wakes up. Guddan tries to take him out of the room but a poisonous snake bites. Guddan tells Parv that before 10 minutes were even completed. Parv tries to shoot Guddan too but AJ steps in and beats up Parv. The police show up and arrest Parv and AJ promise to give him life in prison.

Guddan is happy that she saved everyone but because of the snake bite she faints in AJ’s arms. Lakshmi notices the snake bite on Guddan’s leg. AJ tries to suck the poison out of Guddan’s body but it doesn’t work. He decides to take Guddan to the hospital himself. Angad too requires treatment for the flesh won he got from the bullet.

When the reach the hospital the doctor tells AJ that Guddan’s entire body has gone blue and it might be too late. AJ panics and begs the doctor to do everything he can to save Guddan. Meanwhile, the nurse shows up and asks AJ to take medicines because he ingested some of the poison too.