In tonight's episode, Antara asks AJ to get married to her as one of the conditions to save Angad's life. 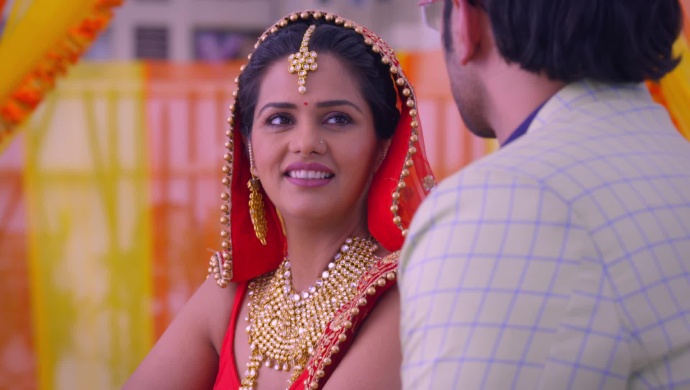 In the previous episode of Guddan Tumse Na Ho Payega, AJ decides to warn Guddan about Antara’s escape. AJ asks Guddan to go home with him. Guddan thinks AJ is lying about Antara and refuses to go home with him. Angad walks into the storeroom thinking Revathi called her. Antara shows up there and says he walked into her trap. Antara knocks Angad unconscious and goes to the Jindal Bhavan. She tells AJ to follow all her instructions if he wants Angad to remain safe.

Angad is tied to a pole and asks Antara to let go of him. Instead Antara’s men enter the warehouse. They bring in construction material and start builing a wall around Angad to suffocate him. Angad begs for his life but is left tied up inside the wall. Antara decides to call AJ and calls him to meet her.

Revathi reaches AJ’s house where she notices everyone looking nervous. She even sees the bloody fingernail Antara left with AJ. When Antara calls AJ, Revathi calls up Guddan to tell her something is wrong. Before Guddan reaches AJ goes to the temple where Antara called him There Antara asks AJ to marry her.

AJ refuses to marry Antara at first. Guddan reaches the house and asks demands to know what’s wrong. They tell her everything that Antara did but they don’t know where AJ is now. Antara asks AJ to sit in the mandap or she will kill Angad. AJ agrees to marry Antara to save Angad. Will Guddan be able to stop him? Stay tuned to find out.