In the next episode, Guddan and AJ are discussing their plan when Antara notices them together and calls out to AJ. 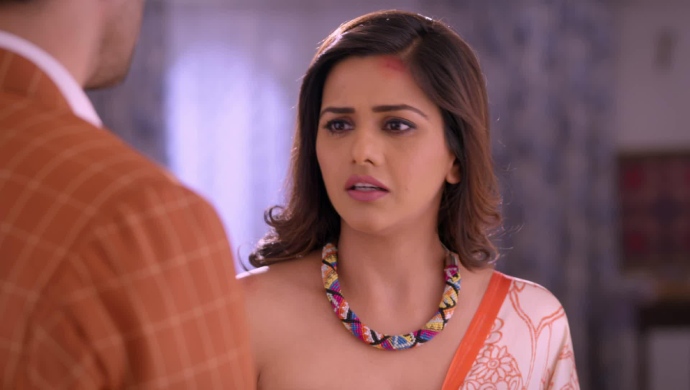 In tonight’s episode of Guddan Tumse Na Ho Payega, AJ returns to Antara and promises to be with her. Guddan’s father gets upset and calls Guddan. Then he finds out that it was all AJ and Guddan’s plan. Later Guddan wakes Harish up and threatens him to behave as her husband till she is in the Jindal Bhavan. Antara tries to make Guddan leave the house but AJ says he wants Guddan to stay and watch him get married to Antara.

In the next episode, AJ and Guddan are walking down the stairs. AJ tells Guddan that everything is going according to plan. Guddan says that they will have to do this for a while to fool Antara. While walking down the stairs, Guddan slips. AJ stops Guddan in time but she asks him to stop helping her. Antara sees Guddan and AJ talking to each other. Will she realises that they are planning against her? Stay tuned to find out.