In tonight's episode, Guddan and AJ try to tell the entire family the truth about Antara when she and Saraswati are asleep. 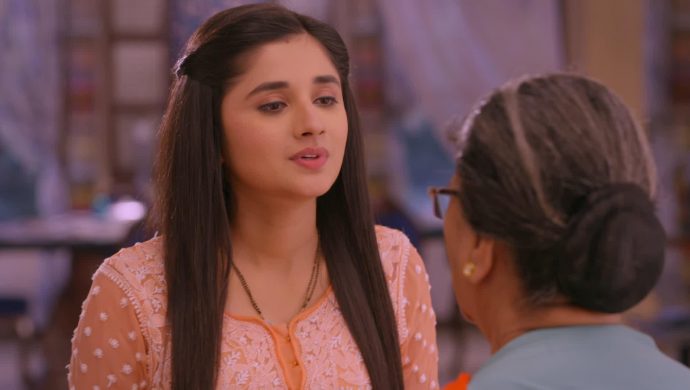 In the previous episode of Guddan Tumse Na Ho Payega, AJ meets Antara and says he believes her and wants to live with her. Harish wakes up and finds himself tied up. Guddan threatens him to pretend he is her husband or she will take him to the police. Antara and AJ show up to kick Guddan out of the house. AJ stops Antara and says that Guddan should wait and watch him get married to Antara just like he had to watch Guddan marry another man. Antara takes back the ring Guddan had bought and throws it on the ground.

In tonight’s episode, AJ picks up the ring Antara dropped and tries to put it on Guddan’s finger. However, Guddan refuses to let him do so because it would hurt her self-respect. AJ promises to win back Guddan’s love again. Guddan’s failed husband Harish hears this and decides to tell Antara about Guddan’s and AJ’s plan.

Guddan finds Harish in the room talking to himself about speaking to Antara. She threatens him to leave the house. When Harish refuses to listen to her AJ enters the room and stops Harish. Guddan informs Harish that she has proof against his and will take him to the police if he doesn’t leave.

Guddan and AJ are happy with Harish leaving and discussing how to tackle Antara. While they are walking down the stairs Guddan slips. However, AJ holds Guddan in his arms. Antara notices Guddan trying to get close to AJ. She calls the entire family and accuses Guddan of trying to steal her husband.

Later, Antara becomes suspicious seeing AJ and Guddan that close. She asks Saraswati bahu to carry out a plan. AJ interrurpts them by bringing Antara milk. Antara passes out after drinking the milk. Saraswati also drinks the milk and goes off to sleep. AJ calls Daadi and the rest of the family and says he drugged Antara and Saraswati.

AJ then explains that Guddan has been right all along and they were wrong to believe Antara. AJ even tells everyone how he found out the truth. Daadi apologises to Guddan for not believing her earlier. Will the family be able to get rid of Antara and take back their property? Stay tuned to find out.