In the next episode, AJ finally tells Guddan that he loves her but he watches Guddan's heartbeat stop. 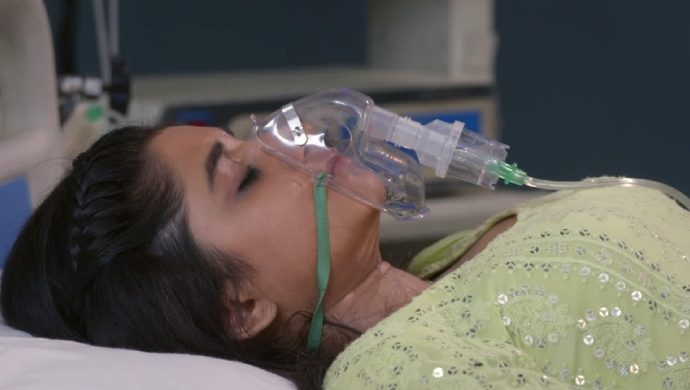 In tonight’s episode of Guddan Tumse Na Ho Payega, Guddan manages to rescue AJ but gets bitten by a poisonous snake in the process. Parv shoots at Angad but only gives him a flesh wound. AJ gets Guddan arrested but just then Guddan faints too. AJ finds out that she has been bitten by a poisonous snake and takes Guddan to the hospital. The doctor says it may be too late to save Guddan but AJ begs him to save Guddan anyhow.

In the next episode, AJ is crying at Guddan’s bedside in the hospital. He tells Guddan that he loves her and holds her hand asking her to come back to consciousness. AJ tells Guddan that he wants to spend the rest of his life with her. However, Guddan’s heart rate drops and her hand slips out of AJ’s grasp? Will this be the end of Guddan and AJ’s love story? Stay tuned to find out.