AJ stops Lakshmi's divorce by proving she is innocent and even proving Shanti Bua wrong. 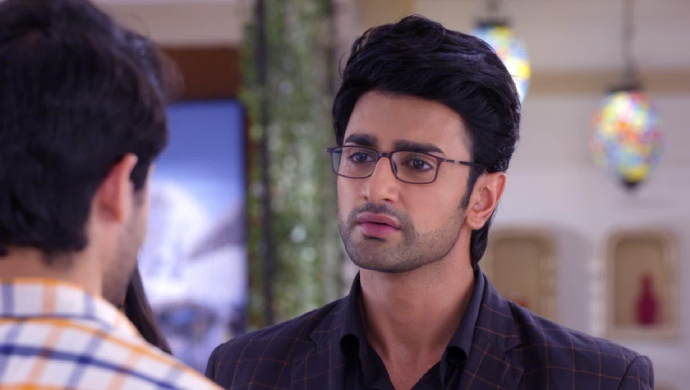 In the previous episode of Guddan Tumse Na Ho Payega, Lakshmi returns home from the party where she was all night. Shanti Bua finds a video of Lakshmi bahu dancing at the party with other men. When Lakshmi’s husband finds the video he threatens to divorce her. Shanti Bua suggests that Guddan is equally at fault for letting Lakshmi go for the wedding. AJ stops Shanti Bua and asks for time to prove the truth to Shanti Bua.

In tonight’s episode, Guddan goes to console Lakshmi whose going through the wedding album at photos of her husband. Lakshmi rejects Guddan’s company. She remembers what everyone said to her. Her husband threatens to get the divorce papers ready in the next two hours itself.

Durga also comes by to meet Laksmi. She tells Lakshmi that all this mess happened because of Guddan. If Guddan had not been a friend and sent her to the party, then Lakshmi would not be going through a divorce. Lakshmi falls for Durga’s words. She lashes out at Guddan when she goes to console her. Lakshmi even blames Guddan for ruining her life.

Later the whole family watches as Lakshmi’s husband brings out the divorce papers. AJ stops him from signing the papers. He tells the family that Lakshmi is innocent. He even brings the police to prove that the video was a fake made by someone who was paid to ruin Lakshmi’s reputation.

Lakshmi’s husband apologizes to her. But Shanti Bua tries to bring it back to Guddan. She tells AJ that if Guddan didn’t send Lakshmi for the party none of this would have happened. AJ tells Shanti Bua that her way of thinking is wrong. He tells Lakshmi that Guddan helped him prove her innocence. Lakshmi thanks Guddan and gives her a hug.

Later Saraswati goes to her brother Parv. She complains that the man he used to frame Lakshmi got caught by the police. This was Guddan got to become the good person again. She tells Parv that she plans to use Lakshmi and Guddan’s friendship to take down Guddan. What plan does she have in mind? Stay tuned to find out.