In tonight's episode, Alisha enters the house and Saraswati introduces her as Antara and AJ's daughter. Will AJ believe Saraswati? 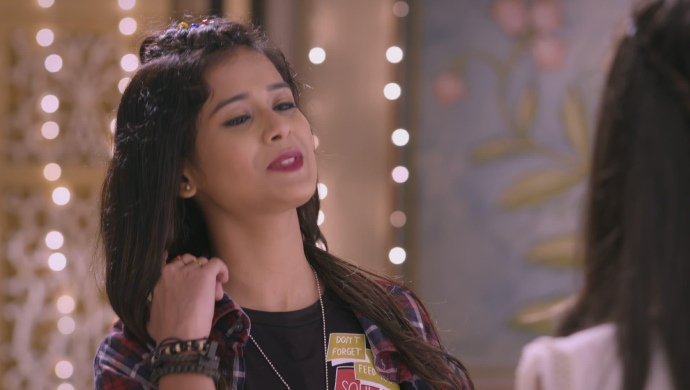 In the previous episode of Guddan Tumse Na Ho Payega, Daadi tells Guddan that she will have a purnima puja the next day. Guddan hopes this will bring a positive change in Revathi. Saraswati tells Revathi she someone who will ruin Guddan and AJ’s married life. Alisha is seen beating all the guards in the juvenile prison. She finds out someone is come to release her. While Saraswati is getting Alisha out of jail, Revathi apologises to Guddan. Daadi aslo asks Guddan and AJ to start thinking about having kids.

Saraswati gets Alisha out of jail and tries to hug her. Alisha asks her to stay away from her. She just wants to to know where she is going and what’s her job there. Saraswati asks her to break her father’s marriage with his new wife, Guddan. At the puja, Durga and Lakshmi notice Revathi and Parv discussing their plan.

They want to tell Guddan about it, but Daadi asks them to wait till the puja is over. However, in the middle of the puja the lights go off. three dancers enter and begin dancing on provocative and party songs. Guddan asks the music to stop and everyone leave. Everyone leaves but Alisha stays even when Guddan tries to force her out.

Saraswati asks Guddan to stop and says she has brought back a lost relative of the Jindal Family. Alisha tells everyone her name and everyone is shocked to see that she is Antara’s daughter. Saraswati said that Antara had told her to take care of Alisha after her death. She adds that Antara was pregnant when she fell off a cliff years ago.

Sarsswati shows AJ birth certificates and medical records proving that Alisha is Antara and AJ’s daughter. Saraswati accuses AJ of refusing to accept Alisha as his daughter all those years ago as well. Everyone is shocked by Saraswati’s revelation. Will AJ be forced to accept Alisha into his family? Stay tuned to find out.

Kaafir: Know All About The Pakistani Prisoner Whose Daughter Grew Up In An…

Movie Masti With Maniesh Paul: Kajol And Ajay Devgn In Splits, See Pics From The Sets