In tonight's episode, AJ tries to reveal Antara's greed by disguising himself as a richer businessman from London named Tanwesh Handa. 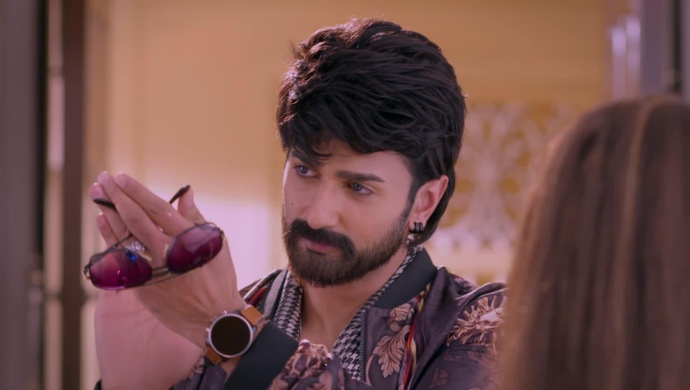 In the previous episode of Guddan Tumse Na Ho Payega, AJ tries to put a ring back on Guddan’s finger. However Guddan refuses to accept AJ’s love. Harish sees this and decides to tell Antara. However, Guddan says she has proof against him and asks him to leave the house before she sends him to the police. Antara gets suspicious when Guddan’s husband leaves and she sees AJ and Guddan talking to each other. She discusses this with Saraswati but AJ interrupts them. He gives them milk mixed with sleeping pills. When they are both asleep, AJ reveals Antara’s truth to the family.

In tonight’s episode, Daadi is shocked learning about Antara’s true side. She apologises to Guddan and wants to force Antara to leave the house. AJ says they need to get back the property from Antara first. AJ and the rest of the family decide to help Guddan in tricking Antara.

The next morning, when Antara and Saraswati wake up they have a bad headache. Saraswati becomes suspicious when they are the only two with a headache. Antara decides to find out what happened when they were asleep. She takes a camera she had hidden to check the footage. Durga and Lakshmi see this and tell Guddan about it.

Guddan decides to stop Antara from seeing the footage. She goes to the room where Antara is watching the footage. She takes a smoke incense to purify the house. Antara gets irritated by the smoke and leaves the room. Guddan tries to delete the footage but Antara returns and pushes Guddan out of the room.

Before Antara can see the footage, she is distracted by loud sounds of drums. She goes down to see what the noise is all about. AJ shows up with a beard and sunglasses. He introduces himself as Tanwesh Handa, AJ’s close friend. He flirts with Antara and gives her diamonds worth 5 crores as a gift.

When he asks to be introduced to Guddan, Antara calls her the maid. AJ gets upset but doesn’t react. Later Guddan tells AJ that he needs to stop reacting to Antara’s taunts about her. AJ promises to restore Guddan’s respect and als steal the chip containing the footage from Antara. Will AJ succeed in his attempts? Stay tuned to find out.