In tonight's episode, Durga finds out Antara's truth and decides to help Guddan to find proof against Antara. 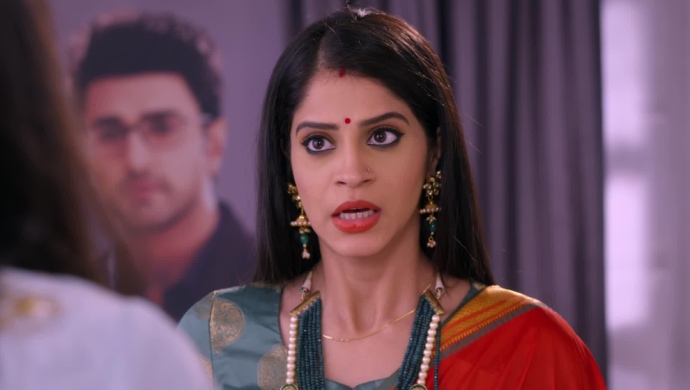 In the previous episode of Guddan Tumse Na Ho Payega, Guddan sleeps in the bedroom with Antara instead of AJ. The next morning Guddan finds her father in Jindal Bhavan with the police. He asks the police to arrest AJ for trying to be married to 2 women at the same time. Guddan defends AJ and sends the police away and asks her father to not blame AJ. Seeing Guddan defend him, AJ scolds Guddan but she decides to stay and prove Antara’s wrongdoing.

In tonight’s episode, Antara warns Guddan again to leave the house before the mehendi ceremony begins. Guddan promises to expose Antara before the festivities begin. Guddan goes to the hospital to find the doctor who supposedly treated Antara when she was in a coma.

She threatens to put the doctor in jail, if he doesn’t go with her to the Jindal Bhavan and expose Antara. When she takes the doctor to the house Antara panics. She lights Daadi’s pallu on fire from a diya. Guddan and the rest of the family are busy helping Daadi, Antara threatens to kill the doctor’s family if he speaks a word against her.

When Daadi is safe again, the doctor just asks Antara to come to his clinic for regular check-ups. He later tells Guddan how Antara threatened him. Guddan sees Antara putting ointment on AJ’s hand which is slightly burnt. Guddan shows AJ her own hands which are slightly burnt too. She tells him that they can help each other out.

AJ decides to put ointment on Guddan while she does the same for him. Antara is made to leave and stand at the side. When AJ leaves the room Guddan and Antara get into an argument again. Durga enters the room when Antara leaves. She asks Guddan why did Antara burn Daadi’s pallu. Guddan tells Antara’s entire plan to Durga.

Durga decides to help Guddan in finding proof against Antara. Meanwhile, Antara asks AJ not go ahead with the wedding since he is unhappy. AJ says that this is his punishment and he will start with the mehndi ceremony that very day. Will Guddan and Durga find proof to stop the wedding in time? Stay tuned to find out.

Aghori Recap In Pics: Advik Has To Marry Asmi; Kamakshi Is Hurt