What will she tell Guddan and AJ? 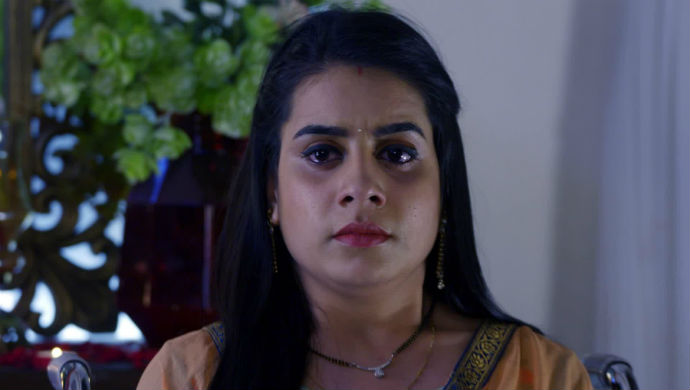 In tonight’s episode of Guddan Tumse Na Ho Payega, we saw Dadi scolding Guddan when the latter tries to feed her medicine. Instead, Durga takes over and tells Guddan to keep away and start life afresh since the Jindal mansion no longer has a place for her. Meanwhile, Parv seeks his revenge from Revati by showing up at the hotel room where she is expected to deliver a cake.

Watch the sneak peek of the upcoming episode here.

He stops her from leaving, saying that he is sorry for his sins. He hands her a glass of water, after having mixed a sleeping medicine in it. She drinks the water and faints. Parv undresses himself with an intention of raping Revati and Siddhi, who is paralyzed and on a wheelchair, observes everything and tries her best to move her body and stop him.

Guddan and AJ learn about Parv’s intentions and rush to the hotel to stop him. They manage to find the room and knock on the door. Parv panics and realizes that Siddhi has gotten up from her chair. He throws her on the ground and the episode ends with Guddan and AJ finding him next to an unconscious Revati.

In the upcoming episode, we will see AJ beating up Parv and questioning him on his intentions with Revati. Siddhi will interrupt and everyone will be shocked seeing her standing as well as speaking. AJ and Guddan will ask Siddhi about Parv’s truth.

Will she spill the beans? Will her truth mend relations between Guddan and AJ? Keep watching this space for more updates!

Watch Saqib Saleem's Rangbaaz, A Thrilling ZEE5 Original Series That Will Keep You On The Edge Of Your Seat!