In tonight's episode, Antara finds AJ wearing the exact same shows as Tanwesh Handa and decides to find out the truth. 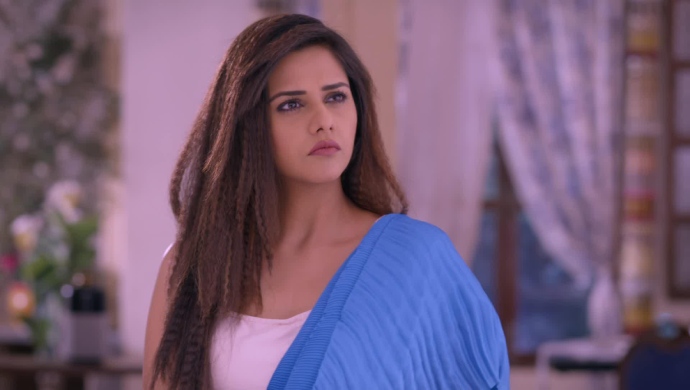 In the previous episode of Guddan Tumse Na Ho Payega, Guddan gets AJ’s support along with the rest of the family against Antara and Saraswati. When Antara and Saraswati wake up they find they are the only ones with a headache. Antara decides to check the footage in her hidden camera. AJ dressed up as rich businessman Tanwesh Honda, shows up and tries to impress Antara with precious gems. Guddan decides to steal the footage from Antara’s laptop but AJ asks her to give him a chance to steal it.

In tonight’s episode, Guddan is stress-eating in the kitchen worried if AJ will get the pen drive or not. Daadi asks Guddan to stop eating. She hugs Guddan and asks her to calm down. Saraswati sees Guddan and Daadi hugging from outside the kitchen. Daadi notices Saraswati and she scolds Guddan for trying to hug her.

Saraswati goes to meet Antara and finds her staring at the diamonds. She praises Tanwesh for not only being rich, but having good taste. Saraswati tells Antara that she hasn’t checked the CCTV footage yet. Antara remembers and decides to check it out. Just then AJ barges into her room dressed as Tanwesh Handa.

He distracts Antara and takes the pen drive from the laptop. Guddan goes to AJ’s room to ask for the pen drive. She finds AJ changing out of the disguise. AJ asks her to stitch a button which was loose on his shirt. When Guddan stitches the button AJ tries to get close to her. Guddan tells AJ that he can’t win her back with such cheap tricks.

As Guddan walks away from him AJ asks Guddan if she atleast loves him. Guddan says he broke her heart and she can never love him again. AJ continues with the plan and meets Antara dressed as himself. Antara tells AJ how impressed she was with his friend Tanwesh. She even defends Tanwesh when Daadi says he is too friendly.

AJ goes up to his room and Antara notices him wearing Tanwesh’s shoes. When she goes to AJ’s room her doubts are confirmed as she is sure the same shoes Tanwesh is wearing were now in AJ’s drawer. She decides to go and check the hotel Tanwesh is supposedly staying at. Will Antara find out about AJ’s plan? Stay tuned to find out.