Shanti Bua insults Guddan and says that Guddan is not worthy of being a part of the Jindal family. 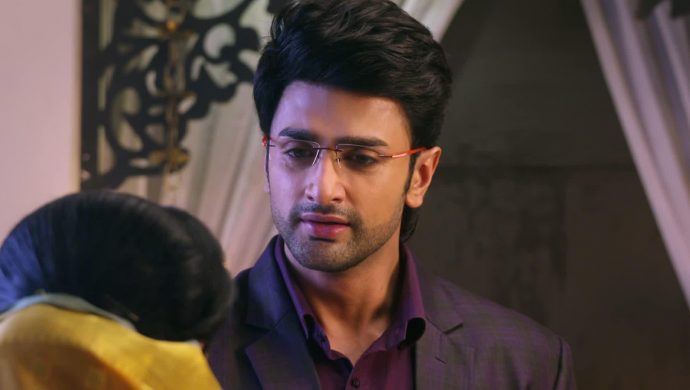 In the previous episode of Guddan Tumse Na Ho Payega, Durga gets scolded by Shanti Bua for not speaking up against Guddan. Together with Saraswati, Durga comes up with a plan to ruin Guddan’s friendship with Lakshmi. She convinces Lakshmi that Guddan is about to be pregnant. Guddan falls ill at the same time which makes Lakshmi sure of Guddan’s pregnancy. Guddan is taken to the doctor by AJ. When they return Lakshmi has planned a party for Guddan and AJ to announce the pregnancy to the family.

In tonight’s episode, Shanti Bua tells AJ that Lakshmi gave her good news that Guddan is pregnant. AJ sees the party set up for Guddan’s pregnancy and yells at the family. He tells everyone that Guddan has a stomach infection. He tells the family that Guddan cannot be pregnant because he doesn’t have any kind of physical relationship with her.

Shanti Bua is shocked by AJ’s statement. Lakshmi apologizes to Guddan for making a whole mess of the situation. Shanti Bua is at home when transgender women enter the house to bless Guddan and the baby. There they find out that Guddan is not pregnant and Shanti Bua tells them that it is all Guddan’s fault.

Durga and Saraswati guilt-trip Lakshmi for ruining Guddan’s marriage. They tell her that if Guddan was strict, Lakshmi would never have organised a surprise party. Just then Daadi asks if anyone has seen Guddan. AJ hears that Guddan is missing and wants to know where she went.

AJ finds out everything Shanti Bua did to Guddan. He scolds Shanti Bua for insulting Guddan. Shanti Bua says that AJ is wrong too, along with Guddan. AJ decides to stop arguing and look for Guddan. Will AJ find Guddan after she left the house? Stay tuned to find out.