In the next episode, Antara tells Guddan that AJ and Angad are in trouble but she says Guddan has time to only save one of them. 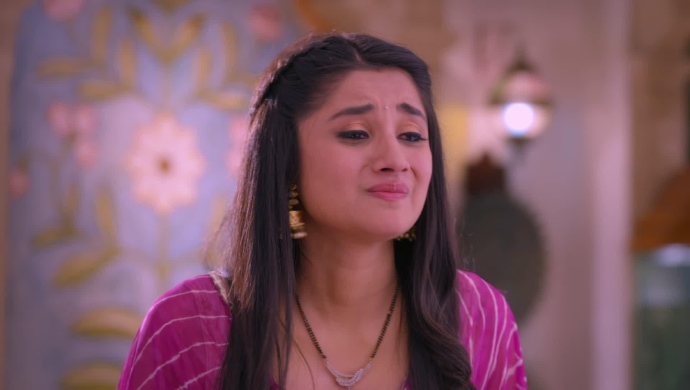 In tonight’s episode of Guddan Tumse Na Ho Payega, Revathi gets worried when Angad doesn’t answer her call. She asks Guddan to call up AJ and find out. AJ lies about Angad and Guddan realises he is lying. Antara decides to kill Angad by suffocating him inside a wall. She then calls AJ and ask him to meet her at a temple. Guddan reaches the Jindal Bhavan after AJ has left and finds out Antara’s truth. None of them know where AJ went. Antara sees AJ at the temple and forces him to marry her if he wants to save Angad.

In the next episode, Guddan asks Antara to tell her where Angad and AJ are kept. Antara reveals that she is getting married to AJ. A few of Antara’s men hold AJ down and force him to sit at the mandap. Antara tells Guddan she can either stop AJ’s wedding or save Angad from being killed. Angad is seen suffocating in the locked room with low electricity. Guddan leaves the house but wonders how she will save Angad and AJ? Stay tuned to find out.