In tonight's episode, Antara gives Guddan a choice to save either AJ or Angad and Guddan decides to save Angad first. 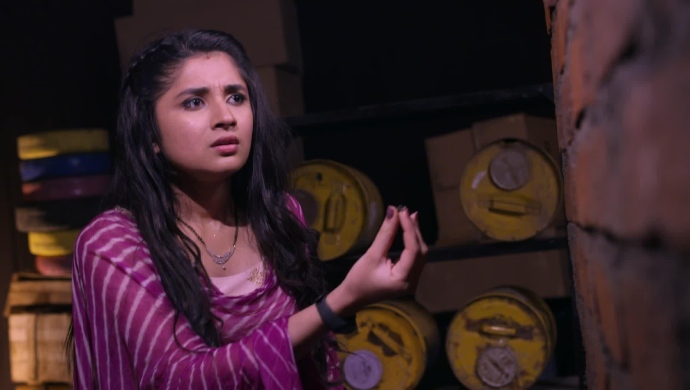 In the previous episode of Guddan Tumse Na Ho Payega, Revathi is nervous when Angad doesn’t answer his phone. AJ lies to Guddan saying Angad is asleep. Antara calls AJ and asks him to meet her at a mandir. She asks AJ to marry her if he wants to release Angad. Revathi and Guddan go to AJ’s house where the find out all the problems that Antara has created. Guddan demands to know where AJ is.

In tonight’s episode, Guddan asks Lakshmi to track AJ’s phone to find out where he is. Antara is sitting at the mandap but realises something is missing. She tells AJ that she will call Guddan up to make this more fun. By the time Guddan tracks the phone, she gets a call from Antara.

Antara tells Guddan that AJ is getting married to her at the Durga temple. She also tells Guddan that Angad is trapped in a paper mill. She tells Guddan that she has only half an hour to save either one of them. Antara says that AJ and Angad are in opposite directions and only Guddan is allowed to go and save them or they both will die.

Revathi decides to go out and save Angad. However, Guddan slaps her to calm her down and promises to save both AJ and Angad. When Guddan leaves the house she decides to go to the paper mill and save Angad first. Meanwhile, AJ tells Antara that she will never win. An old lady at the temple notices that Guddan’s husband is getting married.

Antara decides to stop the old lady from telling anyone. She hits the lady on the head with a coconut. AJ takes care of the women but has to go back to the mandap. Guddan breaks the brick wall and releases Angad. He then asks her to go and save AJ quicky. Will Guddan manage to save AJ in time? Stay tuned to find out.

The Verdict Trailer: A Legal Thriller About One Of India's Not So Clear-Cut Court Cases