In tonight's episode, Guddan and Asmita are faced with the difficult task of rescuing their daughters before Parv sells them to human traffickers. 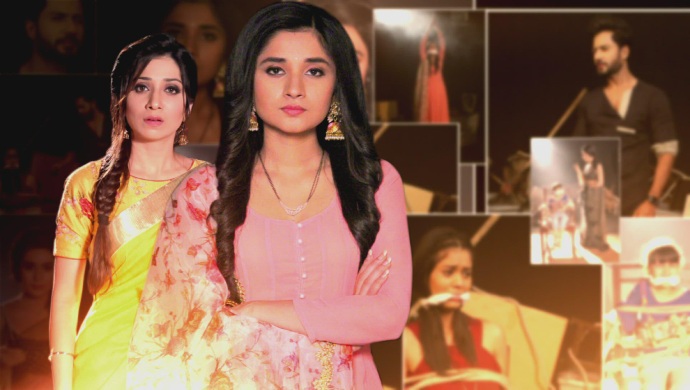 In tonight’s mahasangam episode of Guddan Tumse Na Ho Payega and Yeh Teri Galiya, Guddan and Alisha go to the Mamta competition as a team where Asmita and Krishi also go as a team. Nandini also wants to take part with her daughter and win against Guddan and Asmita. She takes the help of Parv to come up with a plan to stop Guddan and Alisha from winning.

Watch a glimpse of their plan in the trailer here.

At the Mamta competition, Parv calls up his boss saying everything is going according to plan. Durga who is on the call with Parv tells him to make sure that Guddan doesn’t win the competition. Durga feels that if Guddan cannot trust her own daughter, then she doesn’t deserve to win the competition.

After Guddan’s performance, Durga hears Alisha talking to Revathi. She hears Alisha telling Revathi that she framed Vikrant in a false rape case. Durga tries to stop Parv but wants to talk to AJ first. Asmita realises her kid is lost and when AJ tries Alisha’s phone he finds it swtiched off.

Shaan and AJ go looking for their daughters while Guddan and Asmita go together. Parv calls up his clients and tells them he has the girls. Parv’s clients turn out to be human traffickers who offer Parv 5 crores for both the girls. Parv decides to sell the girls and pin the blame on Durga.

Asmi and Shaan come close to the car where Krishi is being taken in, but Nandini diverts their attention elsewhere. Parv is also smuggling Alisha in a trolley. along with other things. However, Guddan tries to follow Alisha’s perfume scent. Guddan follows the car which she feels Alisha is in.

Asmita follows Guddan and finds her daughter as well ask Alisha taken to the same place unconscious. Guddan and Asmita try to save their daughters but get kidnapped too. AJ and Shaan perform in stead of the mother’s to keep them in the competition.

Kajal, a blind girl from Dil Yeh Ziddi Hai, shows up and in a brave act of daredevilry beat up the kidnappers. Parv steps in and threatens to shoot Kajal. In the next episode, AJ and Shaan track their wives and find the place where their kidnappers are and beat them up. However Guddan is still hit by a bomb blast.