Calling all #Akshan fans! Participate in the Guddan Tumse Na Ho Payega contest now and lucky winners get to meet the couple in real life. 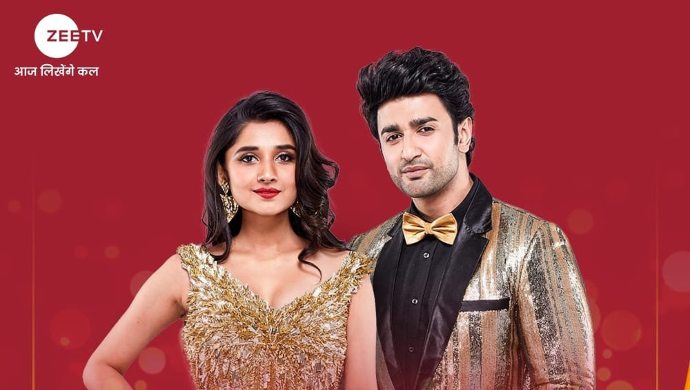 We are running a contest related to Guddan Tumse Na Ho Payega serial. All you have to do is watch #GuddanTumseNaHoPayega from Monday to Friday at 8 pm, only on Zee TV (and anytime, anywhere on ZEE5). We will ask you a few simple questions and if you answer them correctly, lucky winners get to see their favourite couple in real life. So, are you ready OR are you ready? Guessed so!

Contest Alert 🙂 . Hey #Akshan fans we have a good news for you, we are giving you a chance to meet them which you surely won't refuse! . All you have to do is watch #GuddanTumseNaHoPayega, Mon-Fri, 8 Pm only on #ZeeTV and answer a few questions and make your dream come true <3

For those living under a rock, Guddan Tumse Na Ho Payegaa is a Hindi drama television series revolving around Guddan, a young girl, who fails at almost everything that she attempts to accomplish. Her life takes an unexpected turn when she marries an older man Akshat Jindal and becomes the mother-in-law of three women younger to her.

In the latest episodes of the show, we see that Antara becomes successful in removing Guddan from AJ’s life. AJ accuses Guddan of killing their child. Guddan leaves the city while AJ becomes an alcoholic. She becomes a popular actress while Akshat mourns the death of his unborn child. After a four-year leap, Guddan returns to the city for a shoot and reunites with her family. She also runs into Akshat. Will Guddan and Akshat ever get back together?

Catch up on the recent episodes of Guddan Tumse Na Ho Payega here: