We have exclusive information about the mystery woman in AJ's life. Who is she? Pic inside. 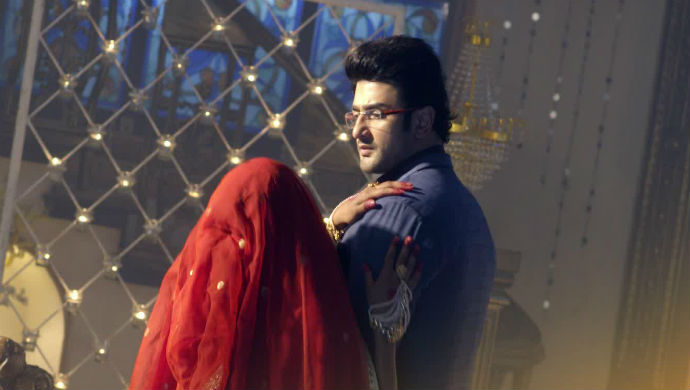 Zee TV’s popular show Guddan Tumse Na Ho Payega, starring Akshat Jindal and Kanika Mann, has brought in an unexpected twist. Viewers were left wondering, when a mystery woman entered Akshat Jindal (AJ’s) life and is currently being taken care of, by him. Her introduction scene was rather peculiar, where the woman danced for AJ and made him put a mangalsutra around her neck. Instead of being taken aback by the woman’s strange behaviour, AJ in fact sympathizes with her and even puts her to bed. This is the part where most of us assumed that AJ is having an extra marital affair, especially since his relations with Guddan are currently strained.

Well, allow us to put your misery to rest and clear all confusion. We’ve exclusively learnt that the so-called mystery woman to have suddenly entered AJ’s life is none other than his own brother Angad! Yes, you read that right. The character is being played by actor Achal Tankwal, and his backstory as Angad will soon be revealed on the show. But we beat everyone to the punch and have exclusive information on his role which is that of a man suffering from a severe mental illness.

After a bitter breakup with his girlfriend, Angad suffers from a mental breakdown and gradually develops a condition that makes him act in a strange manner. He often dresses up like a woman and indulges in a dance, which explains his introduction scene with AJ.

Guddan will eventually learn about Angad and how he was kept away from the family all these years, owing to his condition. She will take him in and look after Angad, which will further mend relations between her and Akshat. However their closeness will be short lived when Durga will interfere. She will create differences between Akshat and Guddan by making Angad attracted to the latter.

How will Guddan react to this? And will Akshat suspect her of having similar feelings for his brother? Stay tuned for all the updates here.

Are you excited about this new twist? Tell us in the comments section below! Catch all the episodes of Guddan Tumse Na Ho Payega, exclusively on ZEE5.

Kareena Kapoor Khan On Son Taimur Ali Khan: He Is The Biggest Khan Of India