In tonight's episode, Guddan and AJ enact a couple on a first date and goes on an imaginary date. The two thank each other for their support. 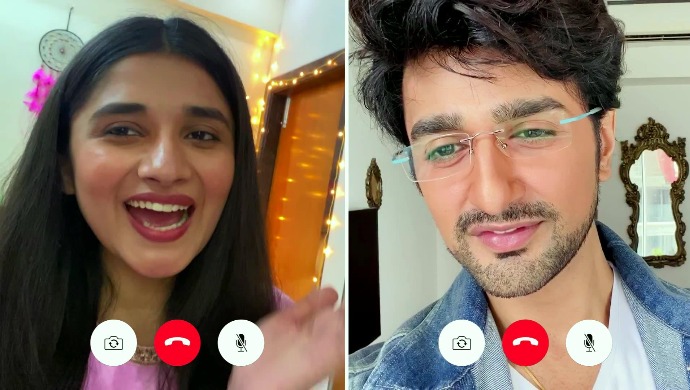 In the latest episode of Guddan Tumse Na Ho Payega-Ghar Se, Guddan and AJ play truth or dare. AJ tells Guddan to shout and say that she loves him. Both remember their past moments and miss each other. The two pull each other’s leg and spend gala time together. Guddan asks AJ to striptease and remembers the time they fell in love with each other. AJ tells Guddan that it was love at first sight for him.

In tonight’s episode, Guddan struggles to wear a tie and calls AJ for help. She sees AJ repairing a speaker and she offers to help him. But he doubts her capability and Guddan gets upset with him. She reminds AJ how she had helped him come out from tricky situations in the past. Guddan tells AJ to teach him how to tie a tie. Guddan is unable to tie it and gets angry. Later, AJ gets surprised and stunned when Guddan gives a mindblowing idea for him to restart the speaker. AJ tries her idea and suddenly the speaker starts working. AJ once again teaches Guddan to tie the tie and she successfully learns it. AJ and Guddan appreciate each other for helping them come out from the worst situation.

Guddan starts rehearsing for her upcoming project and AJ video calls him. She tells AJ that her work will soon resume and he pulls her leg seeing her mimicry. Guddan remembers the time she came for the audition for the role of Sita and how she became the world’s youngest saas. AJ appreciates her contribution as a daughter in law and as a wife. AJ tells Guddan to polish her acting skills and tells her that they should enact the parts of a couple on a first date. AJ calls himself a natural actor and Guddan gets mad at him. The two get ready for their actions and the two get flirty with each other. Guddan and AJ describe their kind of partner and remember the time they saw each other. Guddan gets upset as AJ does not describe her in good words and she gets angry at him. AJ does a Shayari and wins back Guddan’s heart.

Ishq Subhan Allah Story So Far: Salma Gets Shahrukh To Pose As Groom For Zara

UNLOCK Review: An Exciting Dark Idea, A Concept Of Tech-Horror That Steals The Show