The actor will play Durga's brother in the show, that also features Kanika Mann and Nishant Malkani. 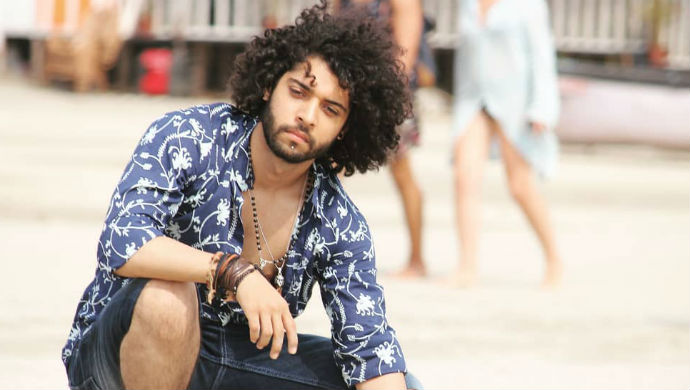 Popular Zee TV show Guddan Tumse Na Ho Payega is all set to see a new twist with entry of actor Manan Joshi. The hunk will be seen as Durga’s (Shweta Mahadik) brother and will invite the Jindals to spend Holi at his residence in Goa. The cast and crew of the show including lead actors Kanika Mann and Nishant Malkani, recently flocked to the happening state, to shoot for the Holi sequence.

Manan will be introduced in an upcoming Holi episode and we can’t wait to see what the actor has in store for us! We caught up with the actor to have a chat with him about his Goa-shoot experience, his background and interests and more. Here’s all you need to know about this new entrant in the show:

Manan hails from Mumbai and has pursued engineering from Baghubai Mafatlal Polytechnic College and also has a background in theatre. He is also a musician and well-versed with the guitar. And did you know that Manan was a semi-finalist at a popular reality show? Oh, yes!

Its the work that you put in that makes you a champion~ usain bolt. Training to beat Goku. Bringing in the new year with some raw power. You don't need a new year to make a resolution. All You need is positive desire. Intent. will. And some fire in your heart.Do you have one? #believe #centrestagecrazy #gym #bodybuilding #fitfam #healthy #boxing #boxersofinstagram

Manan reveals that he is heavily into fitness and is a kickboxer and a certified black belt in Martial Arts. Impressive! The actor is also passionate about music and knows how to play the keyboard, apart from guitar.

Was acting on the cards for Manan?

When asked if he always wanted to part of the entertainment industry, Manan says that he has always thought of “performing arts as an entire medium,” rather than restricting it to acting. “Acting wasn’t a specific part of the plan. But once, I was dancing at a party and someone approached me to act in an ad. I realized that I love being in front of the camera and since then, there’s been no stopping me,” says the actor. He further reveals that he got selected for Guddan, through an audition.

About his character Rocky in the show

Manan describes Rakesh aka Rocky as a man that has a “negative shade to him and yet appears to be cool.” He adds saying, “Rakesh is a rock star and has a certain swag to him. But he is also notorious and at times crosses his boundaries with girls. I want the audiences to learn that it’s not cool to indulge in such behavior.”

Recalling his shoot in Goa, Manan says that shooting with the cast and crew of Guddan was “a lot of fun.”

“Kanika and Mann are very friendly people. We were all shooting on the beach and had long hours to kill. We used to start shooting from 7 in the morning and go on till about 7 in the evening. And yet, the entire team was energetic throughout. Everyone had a very good vibe to them. On film, Kanika who plays Guddan, is kiddish and AJ is serious but off-screen, they are completely different. We had a great time bonding on sets. We would play guitar in the night and chill together,” he adds.

What the festival of Holi means to Manan

Manan says Holi means happiness to him and makes him recall childhood memories. “I would spend Holi with a gang of nearly 15 members. We would indulge in balloon fights. Apart from a festival of colours, it means a lot of joy to me,” reminisces the actor.

Are you excited about Manan’s entry in the show? Let us know in the comments section below!

Section 377 Verdict: All You Need To Know About SC's Ruling To Decriminalise Homosexuality