In the latest episodes, Guddu is granted two wishes by a Gin and he can also be seen saving Balloo in a heroic feat! Read to find out more. 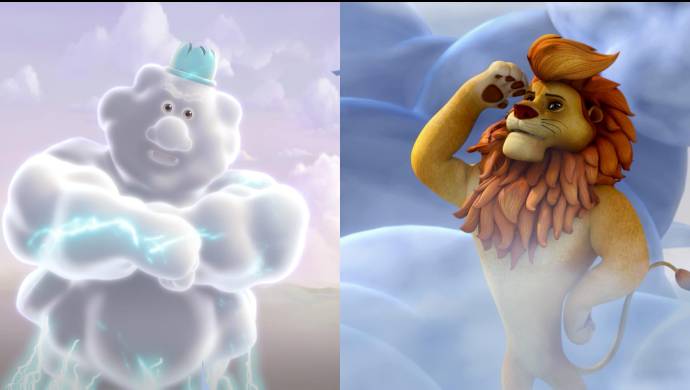 This time around Guddu is not alone in this exciting adventure! Chugli finds an old brass pot and everyone is curious about where it has come from. Guddu decides to help them and accidentally rubs the pot. A gin appears out of the pot and asks Guddu and his friends about the person who summoned him. Everyone gets greedy and tells him they are the ones, but Guddu steps forward and tells the truth. The Gin tells him that he would make two of his wishes come true but only after his curse is reversed. And for that, he tells them, he must thrash Guddu black and blue!

Watch the episode of Guddu here.

The Gin is stopped by Guddu’s friends who tell him that they should all be thrashed. And they stand beside Guddu in an attempt to show the Gin that they are united. The Gin is impressed and his magical powers are on display. But Guddu’s friends do not back off. The Gin is freed from his curse as it only needed a display of friendship and affection that Guddu and his friends had! Guddu asks the Gin for two wishes, one to make all his friends’ wishes come true and another that the Gin sets himself free!

In the next episode, Guddu the savior has to face the God of rain! Dhimkana Nagar becomes barren due to the scarcity of water. Guddu’s friends are all thirsty and tired of the scorching heat, they refuse to perform in the circus. Guddu decides to pay the clouds a visit. He launches himself out of a canon and lurches to the cloud kingdom. He spies on the clouds and the thunder and spots them rejoicing and dancing. He asks them to help him and his friends by showering the rain but they kick him out and he falls down into the jungle. But Balloo, Veeru, and Chugli accompany him to the cloud kingdom, and together they manage to make the clouds angry. In a spike of anger the clouds shower rain and the animals rejoice in the rain!

In the next episode, Guddu’s friend Balloo, the elephant gets kidnapped! Everyone tries to search but they give up and ask Inspector Rocky for help. The Inspector tells them that Balloo has been kidnapped and taken to the Blackwood forest of Chinkaras. They set out in search of Balloo and Guddu decides to bring his friend home. They reach the Blackwood forest and sneak inside the kingdom by presenting lies that they are the performers. Prince Chinkaru is ready to show his prowess but the elephants that have been kidnapped get angry and lurch towards the prince in a feat to trample him. Guddu saves Chinkaru and the king and queen thank Guddu for his help.

Guddu Episode 1-5 Review: The Adventures At Dhimkana Nagar Are Super…

Game Of The Week On ZEE5 Play: Danger Dash, A Fun And Addictive Game

Rajesh Kumar: Bhalla Calling Bhalla Looks At The Humorous Side Of The Lockdown