Guess Who? Hint: She Appears On Kundali Bhagya And Kumkum Bhagya Both 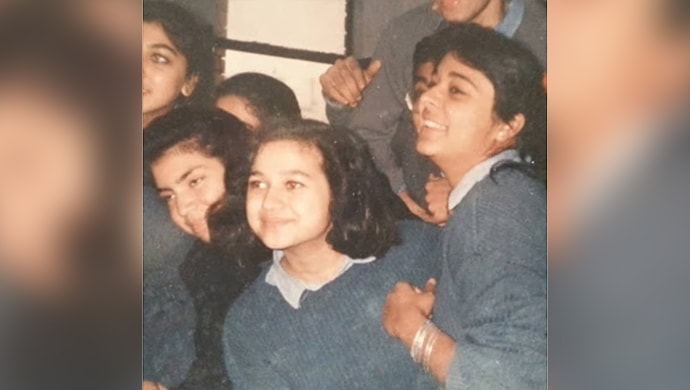 Childhood is the golden phase of perhaps everybody’s life. In retrospect, one cannot stop smiling, laughing and wondering at the things they did as a kid. A walk down the memory lane leaves us with a dash of nostalgia. A certain television actor took one and shared it on social media for her fans. We can help but go ‘awww’ at her picture, but let’s see if you can identify the Kumkum Bhagya, Kundali Bhagya star.

Hint: She was seen as Ayushmann Khurrana’s mother in Bollywood film Shubh Mangal Saavdhan. For those who haven’t watched the blockbuster yet, tune in right away!

Check out the picture here:

Those who couldn’t get it right, the actress is Supriya Raina Shukla! Supriya’s impeccable act of a mother is convincing and commendable at the same time. There are no two ways about it that she is one adorable character on the small screen.

She has been acting for several years now with popular TV projects and blockbuster movies like Lage Raho Munna Bhai, 3 Idiots and many more in her kitty. Popularly known as Sarla Arora, she plays the role of Pragya, Bulbul, Preeta and Srishti’s mom on Kumkum Bhagya and Kundali Bhagya respectively.

Raise your hand if you agree Supriya Shukla is one of the best mothers on Indian television because we for one absolutely dote her!

In real life too Supriya is a mother to two daughters and one of them has also featured in a popular TV show in the past. Remember Gia Kapur from Shah Rukh Khan’s movie Kal Ho Naa Ho? That’s Supriya’s daughter Jhanak Shukla. Clearly, acting is in Jhanak’s genes!

What are your thoughts about Supriya’s stint on the renowned telly serials – Kumkum Bhagya and Kundali Bhagya? Do you love to watch her as Sarla Arora? Write to us with your replies and views in the comments box below.

Talented, Tempting And Tough - Charlie's Angels Are Not Your Basic Detectives