From hacking to cyberbullying, Vikram Bhatt's directorial sheds light on the dark world of cybercrime. Read more to know different types of such acts! 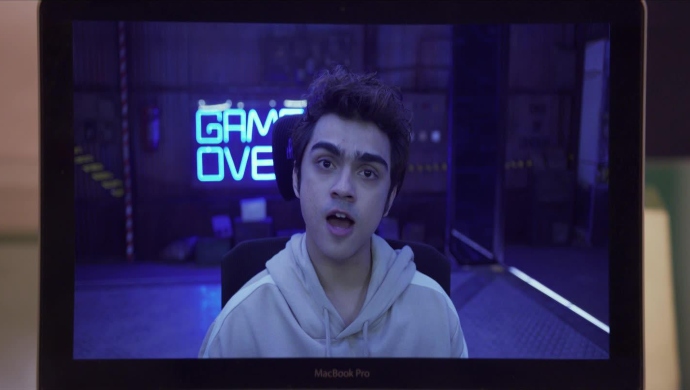 In this day and age, the advancement of technology has made man dependent on the internet for all his needs. It has given him easy access to everything while sitting in one place. Premiered on 3 April 2020 on ZEE5, Vikram Bhatt’s directorial talks about the most common cyber offence of hacking. The movie Hacked stars Hina Khan as Sameera Khanna aka Sam and Rohan Shah as Vivek in the lead roles. Sam is left with #NowhereToHide when Vivek invades her computer and all her social media accounts to blackmail her emotionally. Later, it is known that Vivek is also involved in sex crimes by cyberbullying young girls. To be aware of such acts, here are various types of cybercrime that are common in India:

The National Crime Records Bureau (NCRB) of India says that the incidence of cybercrimes under the IT Act has increased by 44% with the highest cases of internet fraud. It is intended to deceive a person or an organization to gain important data or confidential information. Fraud can be done by altering, destroying, stealing or suppressing any information to secure unlawful or unfair gains. For instance, the 2005 Pune Citibank MphasiS Ltd. Call Centre fraud was a similar case.

It involves the partial or complete acquisition of certain functions within a system, network or website. It also aims to access important data and information, breaching privacy. Most unethical hackers attack corporate and government accounts with different types of invasion methods and procedures. In September 2018, HuffPost claimed that UIDAI’s (Unique Identification Authority of India) Aadhaar software was hacked and its ID database was compromised.

It is one of the most rampant crimes committed in the virtual world. It is a form of bullying carried over the internet, involving defamation threats and emotional blackmail through MMS tapes or private pictures. It has adverse effects on the victims as most of them are not knowledgeable or equipped to fight the crime in the cyberspace. Cyberbullying was dealt with as an issue by the Supreme Court for the first time in the landmark case of Vishakha vs. the State of Rajasthan in 1997.

The internet is being highly used as a medium to sexually abuse children. There is easy access to pornographic content on the web. Paedophiles lure the children by distributing pornographic material and then try to meet them for sex or take their nude photographs including their engagement in sexual positions. The cyber cell arrested Sahib Shakti Modak from Kurla, Mumbai on 11 March 2020 for child pornography charges under the IT Act.

Cyberstalking means repeated acts of harassment or threatening behaviour of the cybercriminal towards the victim by using internet services. They send a chain of e-mails asking for illegal favours or threaten the victim. Stalkers may subscribe the e-mail account of the victim to innumerable pornographic and sex sites. Ritu Kohli’s case marked the first case of cyberstalking reported in India which led to the 2008 amendment to the IT Act.

This is an attack in which the criminal floods the bandwidth of the victim’s network or fills their e-mail inbox with spams depriving them of the services they are legitimately entitled to access or provide. Another variation of DoS is known as a Distributed Denial of Service (DDoS) attack wherein the perpetrators are many and are geographically widespread. Internet Service Providers (ISPs) of Pune and Mumbai had filed an FIR with the Mumbai Police against a DDoS attack in October 2018.

It refers to the illegal copying of genuine programs or the counterfeiting and distribution of products intended to pass for the original. These kinds of crimes also include copyright infringement, trademarks violation, theft or computer source code, patent infraction, etc. An Indian citizen Arunachalam Annamalai and 5 others were convicted in a $100 million software piracy case in December 2015.

It is the act of sending an e-mail to a user falsely claiming to be an established legitimate enterprise in an attempt to scam the user into surrendering private information such as passwords, credit card details, social security codes and bank account numbers that will be used for identity theft and monetary stealing. Three men from the Jamtara phishing racket were arrested in January 2020 when Anil Shah registered a complaint about the loss of 1.7 Lakh INR.

There are millions of websites, all hosted on servers abroad, that offer online gambling. In fact, it is believed that many of these websites are actually fronts for money laundering. Cases of hawala (agent transaction in Arab countries and South Asia) and black money acquisition have been reported. The premises of a rummy club, Mahalakshmi Cultural Association (MCA) was raided by the police on the ground that rummy was being for stakes there. The Madras High Court held that it constituted gambling, but the MCA appealed against it in the Supreme Court in July 2018.

Cyber terrorism is an attractive option for modern terrorists for several reasons. Targeted attacks on military installations, power plants, air traffic control, banks, traffic trail control, telecommunication networks are the most likely cases. Other victims involve the police, medical, fire and rescue systems, etc. On 5 March 2020, a research by Check Point showed that cybercriminals are exploiting the Coronavirus panic on the internet for their own gain!

We need to beware of such cybercrime acts to avoid its dangerous repercussions. Don’t forget to watch the psychological thriller film Hacked starring Hina Khan, streaming on ZEE5!

5 Reasons To Watch Cyber-Crime Thriller Hacked On ZEE5, Since You’ve…

Also, you can go to ZEE5 News: Coronavirus Update Live and get all the latest information streaming now.