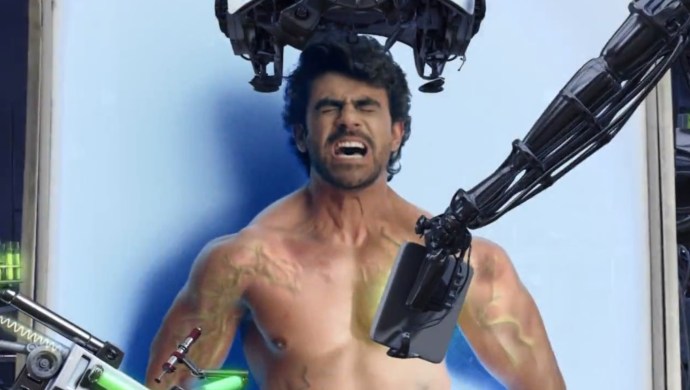 Haiwaan is an upcoming television show on Zee TV, bankrolled by Ekta Kapoor who is also the producer of other hit shows on the channel including Kumkum Bhagya, Kundali Bhagya. In a departure from the regular saas-bahu drama, Haiwaan is a weekend show set in the thriller and sci-fi space. Param Singh, Ridhima Pandit and Ankit Mohan have been roped in to play the lead characters. The latest promo featuring these actors offers an insight into the interesting storyline of Haiwaan.

The video titled ‘An unstoppable monster’ shows Param and Ankit as best friends who do everything together. From playing football to sacrificing their lives for each other, these two are thick as thieves. Ridhima essays a cop on the show and is also a friend of Ankit and Param in the story. However, things go wrong when Ankit gets involved in a failed experiment which turns him into a monster aka haiwaan. Watch the promo here:

Haiwaan is set in the city of Shimodra. Param’s character is a billionaire man with big dreams while Ankit essays his bestie. Suffice to say, Haiwaan is set heavily in the superhero space. It will be telecast on Saturday-Sunday tentatively at 7 pm, 31 August 2019 onwards. Stay tuned for more updates about Haiwaan.

Having Them Mid-Week Blues? We Recommend A Popcorn Bucket With Ranveer Singh's Film Simmba