Harsh Beniwal On His Role In Who’s Your Daddy: Soggy Has Become Part Of My Personality Now

Harsh Beniwal explains why he tried odd things to play the character of Soggy and talks about making his web debut as a YouTube celebrity. 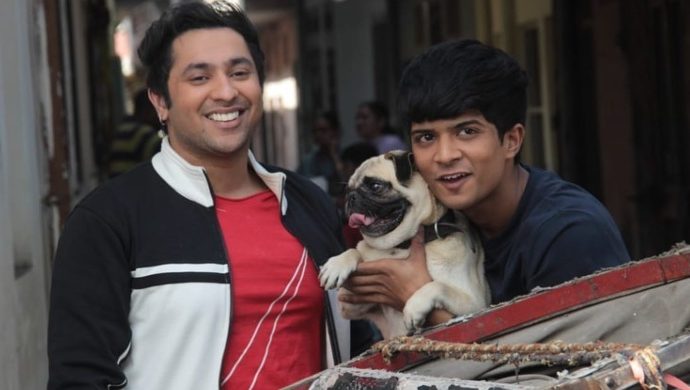 Watch the trailer for Who’s Your Daddy here. The last six episodes of the show recently released on ZEE5.

1. How did you land the role of Soggy in Who’s Your Daddy?

I got a call asking if I would want to play the role of Soggy in this show. They gave a synopsis of the show and my character. They asked me to send an audition clip which they luckily liked. So I got the role from home only.

2. You worked closely with Rahul Dev in a lot of scenes. What did you learn from an experienced actor like him?

Working with Rahul sir was a privilege. I had met Rahul Dev when I was at an awards show. I mentioned that when I first saw him but he didn’t remember me. But it was a learning experience working with him just by watching him closely. How her reads the script, how he prepares. Where he lowers his energy for a scene and where he raises the energy. He also taught me a lot about health and fitness which I am using for myself.

3. You’ve also acted in multiple YouTube comedy videos how different is working in a comedy series to a comedy sketch?

I write, direct, produce and act in the YouTube videos that I make. So I have complete control over what I make there and it is very different. I cannot focus that much on acting because I focus on directing and producing it too. Working in a web series like Who’s Your Daddy I was able to give more time to it. Both have their own plus points and both are equally fun to do.

4. You’re playing the role of a young guy and a forty year old man in the show. How did you make the two characters look different?

When I read the script I wanted the age difference to be clear but also I wanted Soggy to look different from Harsh Beniwal. The first thing I changed was the clothes, the way I walked and I even took fake teeth. I didn’t want people to see Harsh Beniwal when they watched the show. Then to make myself look older, I made my voice heavy and moved more slowly. The rest of the look was by the make-up guys on set only. I tried so many things to be make Soggy look different that now his personality has become a part of me.

5. You write and direct your own content so did you have any inputs in the script for who’s your daddy too?

Whenever I read the script I would go in my YouTube zone. I would tell Chirag Sir (Director) ‘Can we do this scene like this or like that?’ I would sometimes feel I was getting over excited and was giving too many suggestions. I sometimes felt I should not give more suggestionsm but Chirag Sir was really nice and listened to all my suggestions. He also used some of my suggestions and even told me why he didn’t take the rest of the suggestions. It was a healthy discussion.

7. Can you tell us 5 reasons people should definitely watch Who’s Your Daddy?

Firstly, it’s a story from Delhi and if your liked Fukrey or Vicky Donor type of stories then this show will really appeal to you. Secondly my role as Soggy will be different and great to watch for people who have seen me earlier. Thirdly, I have done a romantic song for the first time in this show which I was very awkward to shoot. Fourthly, I have done two roles in this film (three roles if you watch the film). Lastly the actors in the show are really good like Rahul Dev, Nirmala Ma’am who’s playing my daadi. I think there are a lot of talented actors on the show.

8. Message to our readers on how to stay safe during Coronavirus.

Firstly stay at home as much as you can. Stop others from going out of the house too. If you fall ill stay at home and consult a doctor on what to do next. Don’t panic and buy too much because that will create a shortage.

Watch all the episodes of Who’s Your Daddy, streaming on ZEE5. Get all the live updates on Coronavirus on ZEE5 News Section.

Anveshi Jain On Art Of Seduction, Gandii Baat And Her Audacious Role In…

Jennifer Winget Hit 9M Mark On IG, Here's Why She Was Perfect As Major Monica In Code M