Have #MondayBlues? These Fun Dance Videos By Yeh Teri Galiyan’s Puchki Will Cheer You Up! 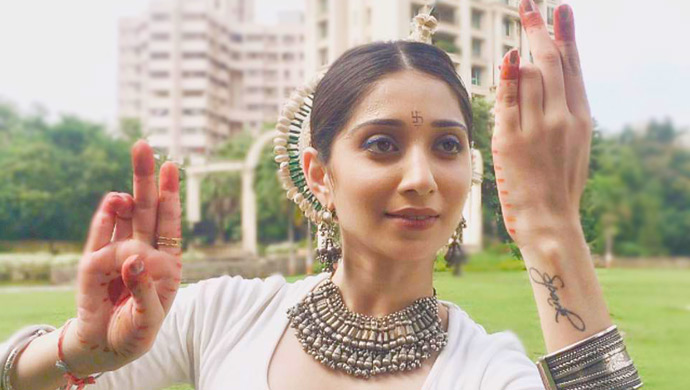 We all are well aware of what a fabulous dancer Vrushika Mehta is. She showed off her skills in dance styles such as contemporary, and hip hop in her debut show Dil Dosti Dance. But did you know that Vrushika is equally skilled in classical dance as well? She is currently seen as Puchki in ZEE TV’s popular show Yeh Teri Galiyan and practices Kathak in her free time.

Watch her in the latest episode from the show here.

Vrushika makes it a point to entertain her fans by posting videos of her dance routines on Instagram. Aside from the actresses’s crazy dancing skills, what’s catchy about these videos is how well she combines Kathak with modern tracks.

For instance, check out this video where Vrushika presents this classical form of dance on an out and out Punjabi number!

How cool is that right? Who would have thought that Kathak could go so well with a commercial song as such!

Here’s another video of the actress dancing to Main Badhiya Tu Bhi Badhiya from Sanju. She adds a retro touch to the song with her black and white polka-dotted attire.

Here we see the actress presenting a more classical routine, on a cover of Tareefan from Veere Di Wedding.

And this one is our favorite. Vrushika busts some crazy moves on clubbing hit Swalla (by Jason Derulo) Now that’s some serious talent! The actress looks stunning in this traditional-cum-modern attire.

This really makes me happy 😁😁😁 thank you ma'am apki beti kush ho gayi @dancing_jewel . . A special thanks to HARSH for the jewelry n the styling ♥️♥️ love u #dance #swalla

It’s nice to see Vrushika following her passion, despite her hectic schedules. Working in television is no cakewalk and yet, the actress takes time out to dance, a skill that put her on the map. Keep it up girl!

#MancrushMonday: Rehaan Roy’s Love For Jackets Is Giving Us Autumn/Winter…

Which of these videos did you like the most? Tell us in the comments section below.

Watch all episodes of Yeh Teri Galiyan exclusively on ZEE5!

Watch Cabaret, A ZEE5 Original Film That Tells The Tragic And Thrilling Tale Of A Dancer Played By Richa Chadha!