From patriotism to self-pleasure, Kettan Singh addresses social and relatable topics with a pinch of humour. Watch Janhit Mein Jaari on ZEE5 for FREE 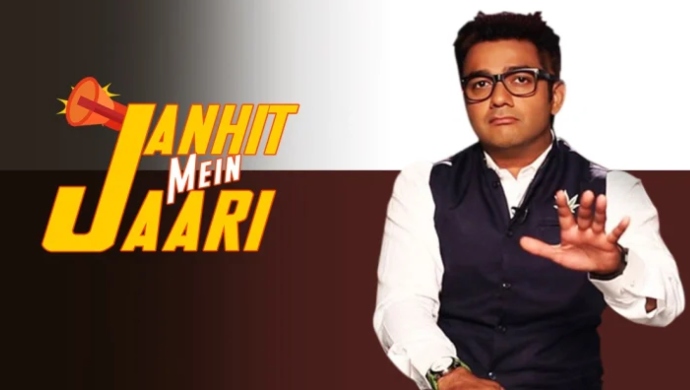 In the light of the Novel Coronavirus or COVID-19 pandemic across 199 countries in the world and 24 states in India, Prime Minister Narendra Modi declared a 14-hour long Janata Curfew on 22 March 2020 (Sunday). Following that, he addressed the nation again on 24 March 2020 to announce a 21-day complete lockdown, starting from 12 a.m, the next day. As an action to fight against the disease, aiming towards the well-being of people, this declaration was ‘Issued in Public Interest’, which translates to Janhit Mein Jaari, a comedy series streaming on ZEE5 for FREE! Well, laughter is the best medicine for illnesses. And what better time to watch the 10-episode humorous/ satire series than during #lockdown?

Hosted by actor, anchor, Youtuber, writer, voice-over artist and radio jockey Kettan Singh,  Janhit Mein Jaari is a web series that touches upon social and relatable topics with a pinch of humour! Aiming to create a sense of responsibility among the audience, it is informative yet humorous in a unique way. Along with addressing issues like nepotism, censorship and feminism, Kettan has a funny take on Padmaavat – the movie, Kamasutra – the sex guide of India and Aadhaaritis – the fever of unique identification policy!

In every episode, Kettan starts off the show with a quirky greeting, “Ladies and gentleman. Boys and girls. Children of my age. Nar ho yaa naari. Vipdaayein ho badi badi bhaari bhaari. Humara ye show hai janhit mein jaari!” It translates to, “Be it male or female. Be it your problems that are big and heavy. Our show is issued in public interest!” Taking on the concerns of India on a societal level, the series streams out information in the most satirical way. Nonetheless, it doesn’t take away from the gravity of the need to shed light on them.

Wrapped in hilarious puns and poker-faced sarcasm, Kettan shares instances from his own life as well, time and again. Biased as it may be called, the series makes the best use of technology like video graphics animation to simplify the otherwise complex issues of the nation. Though some topics nepotism might be pertaining to the elite society, the series is catered to the common man. Majority of the Indian population deals with the stress of rising controversies in the country. But Janhit Mein Jaari, living up to its name, makes it a point to loosen the tension!

Funny dialogues, impromptu movie scenes and hilarious fantasies are unabashedly voiced by Kettan Singh. With that, he also teaches us the art of laughing at ourselves. Therefore, as an entertainment doctor, ZEE5 prescribes you the comical web series Janhit Mein Jaari to combat #lockdown boredom or anxiety by laughing till your tummy aches or till you fall off whatever you’re sitting on or both!

10 Simple Street Chaat Recipes You Can Make At Home And Show Off On Instagram!

Ravi Singhal On Composing #SahasKiVijay Anthem: More Than A Melody, It Had To Be…

Mukul Dev On State Of Siege:26/11: I Heard Recordings Of The Terrorists, It…