High Five On ZEE5: Kaafir And Kaali Win #2XTheLove From The Audience

Your favourite movies and series win big at High Five On ZEE5, celebrating #2xTheLove on its 2nd anniversary. Check out the complete list of winners. 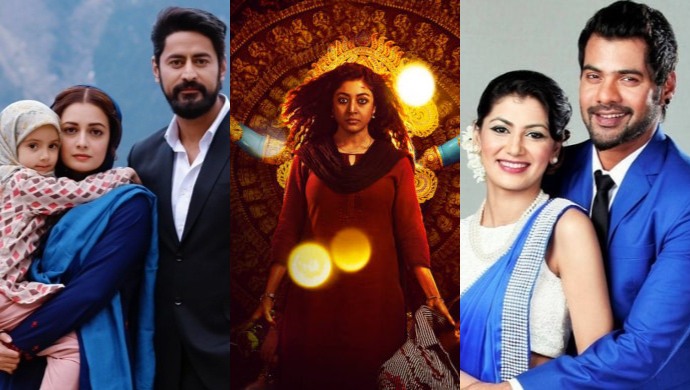 India’s largest OTT platform, ZEE5 is celebrated its second anniversary on 14 February 2020. Over the last two years, the platform has delivered almost 100+ original shows, in an array of genres and in over 12-13 languages. As the world continues to become a global village, ZEE5 has been helping connect people by providing many shows in many languages. It is safe to say that the magic trick has worked wonders. Not only have we seen some amazing shows from the mainstream media, but even the shows from regional markets have left us wide-eyed and awestruck.

High Five On ZEE5 honours the ‘Most Viewed Content’ on the OTT platform. On 14 February 2020, ZEE5 celebrated its anniversary and also held at the award ceremony at JW Marriott Hotel, Juhu, Mumbai. The most consumed content is evaluated based on data related to consumer viewership, engagement rate and completion rate. The awards are categorized under Hindi Movies, Hindi Original Series, Regional Original Series and Hindi TV shows. In the spirit to celebrate its second anniversary, and the amazing content, the nominations are based on the most viewed content in the last 2 years! February 2020 marks the third edition of High Five On ZEE5 Awards. Let’s take a look at all the winners:

Nominations for Most Viewed Original Series:

And the winner is Kaafir, featuring Dia Mirza and Mohit Raina.

And the winner is Abhay, featuring Kunal Kemmu, Elnaaz Norouzi and Sandeeepa Dhar.

And the winner is Kaali, featuring Paoli Dam.

ZEE5, India’s largest ConTech OTT platform has rolled out 100+ originals so far across genres, and the platform is committed to launching 15-20 more by March 2020. It has crossed 90 million+ downloads since launch on the Play store and has recorded a peak of 8.9 million DAUs (Daily Active Users).

High Five On ZEE5 Reveals What India Watched The Most In 2019 In Film, TV And…

Did your favourite show make to this list? Let us know in the comments section below. You can also check out other amazing shows like Never Kiss Your Best Friend or Code M on ZEE5 Originals.

#SlapDay: 8 Most Shocking Slaps On TV And ZEE5 Originals That Left More Than A Mark