Bhav Dhulia, who's show Rangbaaz was the 'Most Watched Series' on ZEE5 in 2019,tells us about the response he got from viewers, gangsters & cops alike 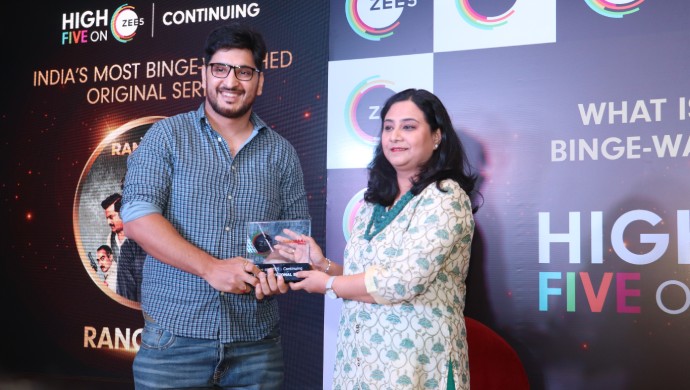 1. Have you seen the second season yet? What is your opinion about it?

No I haven’t seen it yet. It only came out last night at midnight I think.  But I saw the trailer and I loved it. I think it is a great way to take the franchise forward. A fresh story a fresh area a different time. Jimmy sir as always is awesome. I know the director, Sachin Pathak personally, he is a very good friend of mine. We were both assistants of Nishikant Kamat (Dombivali Fast, Madaari). We were roommates for five years.

2. What do you think was the biggest change this season?

The best thing about Siddharth (Mishra, writer of Rangbaaz and Rangbaaz Phirse) is that he has a good understanding of different regions. The first season takes place in Purvanchal. The new season takes place in Rajasthan, with the Gujjar and Rajput clashes and all of that. I think Siddharth really understands the cultures. With the kind of research of that he does, he really finds out the nuances and he is able to bring out very well. Apart from the place changing and the show itself looks much bigger. The cast is also commendable with Sharad (Kelkar), Gul Panag, Zeeshan (Mohammed), everyone coming together.

3. Since the first season of Rangbaaz was a big hit. What was the most unique reaction you got? Siddharth had mentioned that he got a call from a gangster…

That was the best part of the show for me. We got calls from both cops and gangsters. Siddharth got calls from gangsters, I got calls from the cops. They all were generally praising the series. Both sides thought we made a show about them. Which is what we wanted to have, a balanced perspective. Apart from that the pan-India reaction to the show, atleast in the northern belt, the number of people who saw it outside of metropolitan cities is amazing. People still recognise Saqib as Shiv Prakash or Rangbaaz when we go there.

4. If there was one thing would change in Rangbaaz season one what would that be?

I would maybe have made the show bigger . Like bigger action scenes, in terms of size, in terms of authenticity. In hindsight there’s always something or the other that you can do differently. On the whole I don’t think anyone has any regrets from the show.

I am writing a film and another web series. They are in very different spaces. One is a romantic comedy and the other is a sports drama. Also I am doing a murder mystery, which I am again coming with to ZEE5 only hopefully.

While we hope to see more of him ZEE5 earlier, you can watch the second season of Rangbaaz, all episodes streaming only on ZEE5.

With More Than 25 Awards In 2019, ZEE5 Emerges As A Dominant Player In The OTT Space