Soon after joining the sets of Saheb Biwi Aur Gangster 3, Sanju Baba retraced his way back to being a prankster once again. 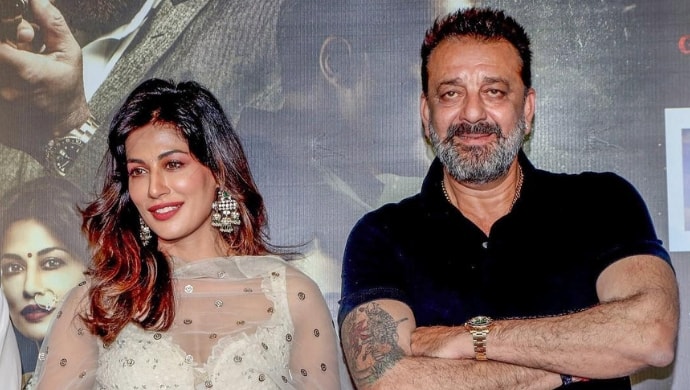 Sanjay Dutt has for long enjoyed the limelight for reasons both right and wrong. Popularly known as ‘Baba’ the 59-year-old walked as a free man on February 25, 2016, after serving his sentence upon conviction for possession of illegal weapons. Turning the leaf over, Dutt began an all-new inning with fresh releases and roles. However, Sanjay’s role of a London-returned Rajasthan Prince Uday Pratap Singh in Saheb, Biwi Aur Gangster 3 only reminds us of Baba’s Khalnayak days as he sets out to start a chain of accidents in the Tigmanshu Dhulia-directorial.

But don’t they say you can take a boy out of the country but not the country of the boy? A leading tabloid reported that soon after joining the sets of Saheb Biwi Aur Gangster 3, Dutt retraced his way back to being a prankster once again. Like good old days, he opened a bunch of fear files (fake ones of course) and convinced all the leading ladies that the palace they were shooting at is haunted. To add weight to his made-up story, he went on to say that he has been spooked during the shoot of his last film there.

“Before he faced the camera, Sanju sat with the ladies — Nafisa, Chitrangda Singh, Mahie Gill and Kabir Bedi’s wife, Parveen Dosanjh — and terrified them by insisting that the palace was haunted. He shared that he’d filmed in this ‘khandahar’ before and had been spooked. Being the ultimate prankster, he embellished his revelations with some hair-raising stories,” recounted producer Rahul Mittra to the tabloid (Rahul represented the movie with Raju Chadha.)

Saheb, Biwi Aur Gangster 3 is the third installment in the series that first opened in 2011. The first part featured Randeep Hooda as the villain. Two years later in 2013, the second film saw Irrfan Khan as the new gangster who sets out to woo the new biwi Soha Ali Khan while Jimmy Sheirgill and Mahie Gill reprise their roles from the previous plot. If producer Rahul’s words are anything to go by, the third installment is “only bigger, more majestic and dirtier when it comes to royal politics.”

Tune into Zee5 and watch Saheb, Biwi Aur Gangster with Sanjay Dutt back as a baddie on your screens right away!

Kundali Bhagya 22 May 2019 Preview: Karan Admits His Love For Preeta

EXCLUSIVE! Skyfire Star Sonal Chauhan: I Have My Own Conspiracy Theories On Weather Change