Shashant Shah, director of 'The Chargesheet: Innocent or Guilty', talks about working with Sikander Kher and his association with ZEE5. 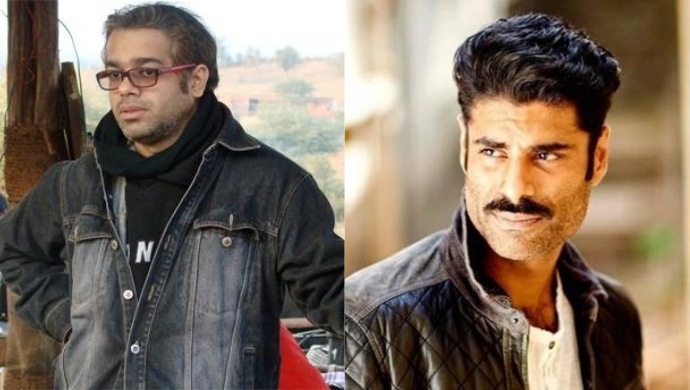 In the year 2019, ZEE5 produced a whole line-up of popular web series that raked in good reviews. Director Shashant Shah was the man behind two of those successful ZEE5 Originals, including Jamai 2.0 and The Verdict: State Vs Nanavati. It comes as no surprise that ZEE5’s first Original of the new decade ‘The Chargesheet: Innocent or Guilty‘ was also helmed by Shashant Shah. We sit down for a chat with him to find out how he goes about making one popular web series after another.

Watch the trailer of this widely talked about the show here.

1. Congratulations for getting the positive reviews about the show! What were the initial reactions you received?

I have got some very encouraging and positive reactions from people that matter. Like I have friends from the industry who are very brutally honest about how they feel. They have seen the show in one go and it was very encouraging. They all loved the pace and the story. Everyone is talking about the performances. I feel glad that they are appreciating the show.

We paid a lot of attention to the production design. It’s set in the late ’80s which was my college years. I told everyone that the sets don’t have to look appealing but they have to look authentic. For example, when I was showing the table tennis arena, they exactly resemble the one like how they looked during my college days. Even for costumes, I gave references of films that I grew up on.

3. While speaking to Shiv Pandit earlier, he mentioned that the producer Ashok Pandit was convinced he was right for the role of Shiraz Malik. Did you have any particular actor you wanted to cast?

When I came on board the casting was done. The best part was that I’ve worked with Tridha in her first TV show. I was always amazed by Sikander Kher and I think he is the most underrated actor we have. Like when I did The Verdict, I insisted on working with Makarand Deshpande. This time I was lucky to work with Sikander. I think the whole group of actors got along very well and did a good job on the show.

4. You’ve directed three shows for ZEE5. Which of these is closest to your heart?

That’s like asking someone to pick their favorite child. I don’t know really because I usually move on from my projects. So my excitement is all for my next project. With The Chargesheet, I’ll have to say that we had one of the best producers I’ve worked with. I’m not saying this to please anyone, but the producer would not interfere too much in the process. He would say I’m here to help and make sure everything is going smoothly but you have to give me a quality show at the end of it. I really liked that attitude.

5. Since The Chargesheet and The Verdict are both courtroom dramas based on infidelity, did you draw some parallels while shooting the shows?

My mantra in life is if you have a good script don’t mess with it. I had a good script for both shows and I stuck to it while trying to surprise the writer with the execution. I don’t think there’s a lot in common apart from the fact that both stories are based on a crime of passion.

6. You’ve worked on TV shows before moving to web series and films. Do you see yourself going back to TV anytime soon?

I wouldn’t say going back or going forward. But I chase good and real stories. The medium doesn’t matter, it could be radio, TV, web or film. However, the web does give more freedom to tell the story the way you want it to be conveyed. It also gives the audience more freedom to watch what they want and whenever they want to. So whenever TV decides to up its game with its content I would love to return to medium. Because I got my debut with TV and I will always have a soft corner for it.

7. After doing three series that ended up on ZEE5. How has your experience been working with them?

It’s been wonderful. Everyone on the team is equally passionate about the shows. For The Chargesheet especially, we had Milind Gadagkar from ZEE5 on set who is also a filmmaker. So the conversations we had were really fruitful for the project. I really enjoy working with ZEE5 and I hope the feeling is mutual.

I’m waiting for ZEE5 to come with something to me. (laughs) No, I’m in talks for a new project but nothing has been finalised yet.

Watch out for more content directed by Shashant Shah. Watch another new and much talked about web series ‘Never Kiss Your Best Friend‘ a romantic comedy starring Nakuul Mehta and Anya Singh on ZEE5.