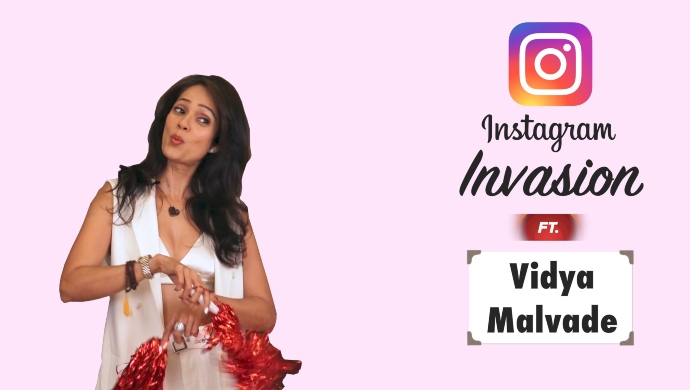 As the on-screen captain of the Indian National Women’s Hockey Team, Vidya Malavade’s claim to fame is the blockbuster movie Chak De! India. She will be seen essaying the intriguing character of Officer Gupta in the second season of ZEE5 Original crime thriller series Kaali. Directed by Rohan Ghose, the story revolves around a strong yet troubled mother who races against time and death to save her only son. ZEE5 interviewed Vidya and played a Q&A game of ‘Instagram Invasion’ with her. Have a look at the behind-the-scenes fun!

Right off the bat, the host Dheeraj Juneja recreates the iconic dialogue of Shah Rukh Khan from Chak De! India, “Vidya, yahan dekho. Vidya look at me!” Reminiscing about those days of shooting, Vidya Malavade comes back to the present and comments that her role in Kaali 2 is quite exciting. Going ahead with the game of ‘Instagram Invasion’, Dheeraj shoots the first question–which account/profile does she stalk the most? Laughing at herself and hiding her face in embarrassment, she answers, “I think it’s probably my account!” Dheeraj is taken aback and announces, “#SelfObsessed Vidya Malavade.”

In her response to the next question, the actress says that she would like to hack J.Lo’s (Jennifer Lopez) celebrity account. When Vidya is unable to remember the last comment on any of her posts, Dheeraj cheekily says that some time back, he himself had commented, “Kya lag rahe ho!” Well, the hashtag that Vidya uses the most might be #yoga or #love but Dheeraj is sure that it will change to #KaaliSeason2 soon. Upon being asked her most memorable or epic posts, Vidya responds that she loves the ones in which she is wearing Indian traditional dress, especially old-world attires like that of Amrapali.

In the end, Vidya and Dheeraj make a quirky boomerang video with pom-poms and goggles to post on the former’s Instagram story. The host compliments the actress for being a sport and spending time with them. Vidya says that Kaali 2 comes at you on 27 March 2020. Watch it because we know you will love it! Stay tuned to ZEE5 Originals.

Baarish: Why Every Married Couple Should Watch This Series, Streaming On ZEE5…

Mukul Dev On State Of Siege:26/11: I Heard Recordings Of The Terrorists, It…