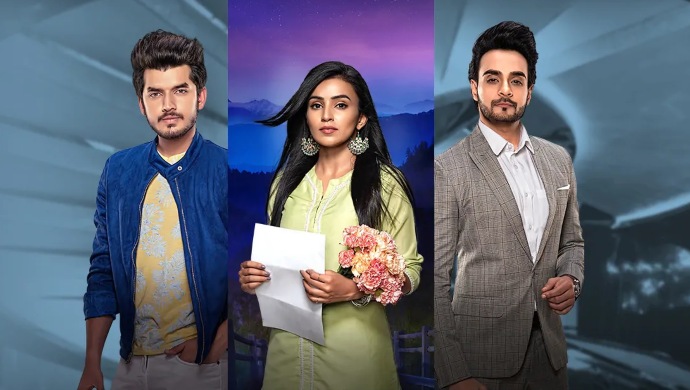 Ishq Aaj Kal, a ZEE5 Original web series, is the spin-off of one of the popular Zee TV franchise show Ishq Subhan Allah. With Ishq Aaj Kal, the OTT platform, fastest growing one in India, has introduced a new trend of web reboots for television content. The eight-episode series starring Angad Hasija, Ankitta Sharma and Paras Kalnawat is a first-of-its-kind content in the digital drama space. Ishq Aaj Kal takes the story of Aaliya Jaffri, cousin sister of Ishq Subhan Allah’s male protagonist Kabeer Ahmed. Throwing light on her life struggles and ghosts of her past that involve Kabeer’s father Shahbaz Ali Ahmad.

Produced by Dheeraj Kumar, Zuby Kochhar, Sunil Gupta and directed by Nitesh Singh, Ishq Aaj Kal has been made with all the ingredients that appeal to the cybercitizens. In a slight departure from Ishq Subhan Allah, Ishq Aaj Kal is a romantic thriller set in the contemporary world but also amalgamates conservative ideologies. It follows the story of young boys and girls, each facing demons of their past while trying to carve a bright future, as scandals and schemes continue to hound them. A delight for both – TV and web audience, Ishq Aaj Kal offers something for everyone.

As far as the storyline is concerned, Ishq Aaj Kal leaves is a well-paced and well-written series, coupled with the experience of TV viewing except on a video streaming service – thus, a win-win for both. Season one of the digital drama has been shot extensively in Manali, Himachal Pradesh, and the serene and picturesque locales only add to the beauty of this tight-bound script.

Ankitta who makes her digital debut with Ishq Aaj Kal, delivers an extraordinary performance as Aaliya Jaffri. Every nuance of her character resonates with her by extension as if she were Aaliya for real. It wouldn’t be wrong to say that Ankitta is the ‘new’ Aaliya for us after watching the eight-part show. As for Angad, he once again brings his acting prowess to the screen and treats his fans to brilliance, making the two-year-long wait worth the while. His portrayal of an angry young man Arshad Ali Khan is a character full of layers, each of which he unfolds an episode at a time. Paras as Faraz Ali Sheikh is a revelation for those doubting the new-age talent’s finesse. His expressions of a wide range of emotions comes in combination with an effect and conviction that lingers long after he has exited the screen. Bigg Boss fame Roshmi Banik is a surprise package you’d love to explore! The many shades of the ‘commoner’ contestant we saw in the reality TV show do no justice to her acting abilities. She’s a natural we’d day, so is Shagun Jaswal as Amaira. It takes a lot to get the audience to not like you in the first frame you appear, but thereafter, things take quite a turn. Shagun performs to T.

Kavita Ghai who won hearts with the role of Jennifer Winget’s and Kareena Kapoor Khan’s mother on the small and big screen respectively and recreates the magic as Angad’s aunt Naaz Khan in Ishq Aaj Kal. You know what they say ‘like a fine wine,’ that’s the case with Kavita’s mastery, it only gets better with every new role. Although we really doubt if she has been honest about her age, ’cause she doesn’t look a day older than the actresses acting alongside her on the series. Dialogues are the only part where we feel it could have struck a chord strongly than it does.

Having said that, every episode makes you keep coming back for more! And the best part, it’s all available for you binge-watch on ZEE5. Tune in now and start streaming Ishq Aaj Kal. Tell us what you think of the series in the comments box below.

Keep watching this space for more updates about Ishq Aaj Kal. In the meantime, make sure you stay during the monsoon and check the traffic and weather situation before stepping out. If you get stuck somewhere, enjoy the monsoon cheer with blockbuster films on ZEE5.

What Are Your Weekend Plans? We Recommend A Popcorn Bucket With Ranveer Singh-Sara Ali Khan's Simmba!