Ishq Aaj Kal Season 2 Review: Angad-Ankitta-Paras’ Story Is All About Thrills And Chills 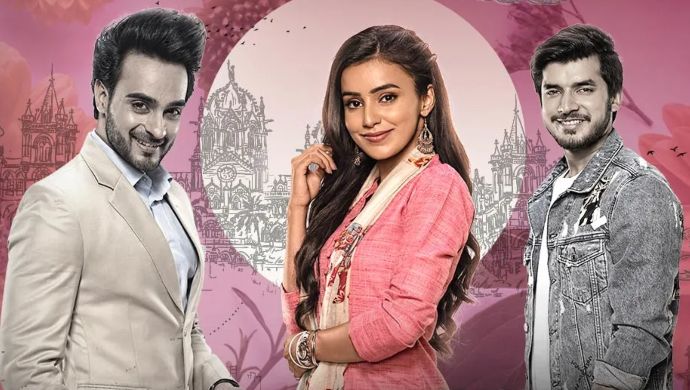 Ishq Aaj Kal season two dropped on ZEE5 on 2 August 2019. After a successful first season keeping the viewers hooked, Angad Hasija, Ankitta Sharma, Paras Kalnawat, Kavita Ghai and others return with a bigger dose of entertainment. Thrillophiles, Ishq Aaj Kal is your poison we say! The story of Aaliya Jaffri, played by Ankitta, with tension, mystery, secrets, romance, friendship, thrill, and chilling twists in the second season while Angad’s Arshad Ali Khan and Paras’ Faraaz Sheikh take turns to enthrall us all. Naaz Khan, essayed by Kavita, is an interesting character to watch besides Puneett Choukesy who enters the show as Ejaz, Arshad’s brother.

Before we give our review of how well Ishq Aaj Kal season two has fared on our expectations, here’s an overview of the plot – no spoilers included, howsoever. Soon after getting the job at Mumbai, Aaliya is arrested in a drug scandal in Manali but a mysterious lawyer comes to her rescue. We’ll let you to watch the series to figure out who helps Aaliya – Arshad, Naaz or Faraaz and why? Moving on, Faraaz makes a dramatic entry at Trinity, leaving Arshad shell-shocked. A missing Munmun meets with an accident, while Javed gets suspicious of Naaz’s intentions. The powerful trio loses a hotel bid to a new player in the market NAK – can you guess what the initials stand for?

Ejaz, the latest addition, is a spoilt brat who is a criminal lawyer. Naaz is having an affair with an ATS Chief but falls prey to a conspiracy after she is blackmailed with photos of her with her beau. Arshad’s mother Meher escapes from the rehab, and guess who helps her? Aaliya unlocks a big mystery about her father, after learning that he is not just alive but has been released from the jail. Excited, Aaliya is on her way to disclose the development to Arshad, who is now her confidante. But she freezes after seeing a certain acquaintance hugging Arshad – who is that person?

Ankitta’s performance, even though a debutante in the webspace, is watertight, leaving no room for errors. The fresh face factor works to her advantage since all we can think of her now is that she is Aaliya Jaffri. Angad, a television regular, too forays into the digital medium and essays a conservative Muslim guy for the first time onscreen. His angry-young-man persona is a visual treat while the dapper looks as a hotelier are tonic for our tired eyes! Paras as Faraaz Ali Sheikh remains a mystery even after all these episodes. His class-apart act as the guy with a mission definitely makes us sit up straight and take notice. Oh, did we mention just how much we love to hate Shagun Jaswal’s character Amaira. Her entitled heir stint she plays is so bang-on, it almost makes us want her to be caught red-handed immediately. But guess she gets the secretive nature from her mom, Naaz, played by Kavita. The latter impressed as Jennifer Winget’s and Kareena Kapoor Khan’s mother on the small and big screen respectively and recreates the magic as Naaz Khan in Ishq Aaj Kal. Puneet is such a delightful surprise, can’t wait to see how his character unfolds in the next season!

The best part about Ishq Aaj Kal is that it brilliantly amalgamates the experience of television and web viewing. The story links you to the Ishq Subhan Allah universe, a Zee TV show from which this spin-off has been made. At the same time, the audience can find themselves relating more than usual – the dialogues, the situations are so relevant.

Having said that, every episode makes you keep coming back for more! And the best part, it’s all available for you binge-watch on ZEE5. Tune in now and start streaming Ishq Aaj Kal season 2. Tell us what you think of the series in the comments box below.

Meanwhile, watch New Bollywood Movies like Uri: The Surgical Strike only on ZEE5. Or, get in the mood of patriotism and catch Independence Day movies, here.