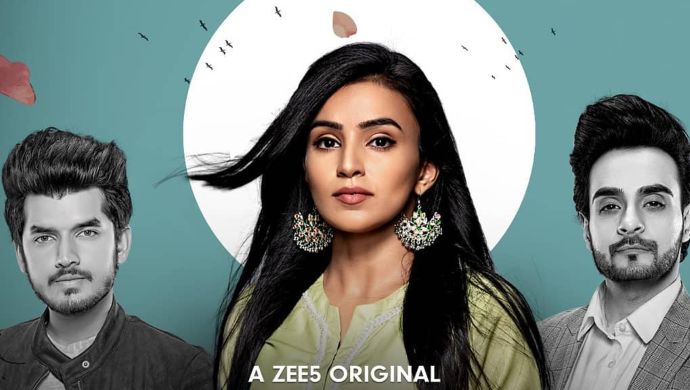 Season one of ZEE5 Original web series Ishq Aaj Kal cooked up a storm for Angad Hasija, Ankitta Sharma and Paras Kalnawat‘s characters on the show. The digital spin-off of Zee TV serial Ishq Subhan Allah, the digital drama is set for another round of suspense, secrets and super thrill as season two premieres on 2 August 2019. Although the finale episodes of season one air today, we won’t spoil it for you by giving away the climax just yet. However, we do recommend you catch up on all the episodes of season one here before watching the trailer of season two. Yep, the first sneak peek of the next chapter is out already!

The episodes released so far showed that Ankita’s character Aaliya Jaffri is looking for her father, who was jailed for killing her mother. For the unversed, Aaliya is Ishq Subhan Allah‘s male lead character Kabeer Ahmed’s (Adnan Khan) paternal cousin and is close to his family, especially Zara Ahmed (Eisha Singh). Aaliya is interning at a hotel owned by Arshad Ali Khan (Angad Hasija) where she meets Faraaz Sheikh (Paras Kalnawat), Munmun (Roshmi Banik) and Amaira (Shagun Jaswal) amongst others. By the end of their training, Munmun goes missing and Aaliya – Amaira get selected to work at Arshad’s Mumbai hotel. A furious Faraaz is told off by Arshad that he broke the code of conduct by getting too close to Amaira, who in turn plotted against him to take his position.

In season two trailer, we see Aaliya is arrested for questioning in a drug scandal in Manali. A mysterious lawyer rescues her and she reaches Mumbai. Duty Manager Mhatre troubles Aaliya, while Amaira continues being the spoilt brat she is. Amaira is the daughter of Naaz Khan who runs the hotel business with her nephew Arshad. Faraaz is shown making a dramatic entry as he walks the ramp with Aaliya, leaving Arshad shell shocked. Aaliya, on the other hand, unlocks a big mystery about her father that he is alive. Arshad, meanwhile, tries to make up to Aaliya and starts afresh. Watch it here:

Enter Ejaz Khan, Javed’s younger son. Hell breaks loose with his entry as he is extremely rash, arrogant and is whiling away his life into drugs, sex, and alcohol. In one of the scenes, he blackmails his ‘Chachi’ Naaz to not make him angry or else he will destroy everything. Actor Puneet Chouksey will be seen as Ejaz in Ishq Aaj Kal.

Looks like a lot of drama, suspense, mystery, and thrill await fans in the second season of the web series. What are your thoughts about the trailer? Tell us in the comments box below.

Ahmed Masi Wali On Being Called Joey From Friends' Doppelganger: Hope His Fans Like Me Too