In the new season of Ishq Aaj Kal, Alia confronts Barkat about her father, but he tries to kill her! Alia finally finds her father in the dargah! 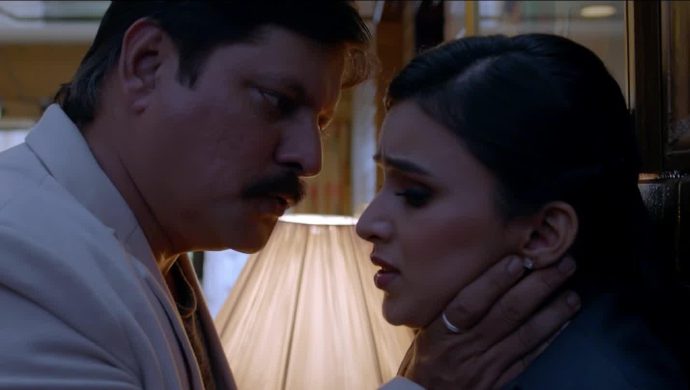 In the second season of Ishq Aaj Kal, Alia is arrested in a drug scandal but Naaz gets her out of jail. Arshad apologises to Alia for not believing her innocence earlier. Arshad’s brother Ejaz objects to Alia and Arshad getting close and he begins to harass Alia. Arshad and his father plan to conduct business deals to get a higher stake in Trinity Group. However, Naaz uses the help of Faraz, her daughter Amaira’s boyfriend, to foil their plans. Faraz gets Arshad’s alcoholic mother released from rehab. Alia finds out that her father is alive but he is staying away from her. Alia also comes face to face with Barkat, the man who framed her in the drug case.

Watch the first episode of the third season here.

Alia plans to confront Barkat about the drug scandal. However, Arshad tells her that Barkat has told everyone his name is Balraj and he is a close friend of Arshad’s family. Barkat reaches Alia’s room and asks her about the drugs and money he gave her. Alia shuts the door to keep him out. In Arshad’s house, his mother tries to make everyone happy by preparing food. However, Arshad refuses to forgive her.

He tells Alia how his mother had scarred him as a child. Alia hugs Arshad and kisses him. Barkat tells Arshad’s father that Alia knows about him and he needs to leave as soon as possible. Before Barkat leaves, Alia sneaks into his room. Barkat tries to kill her but Alia threatens to call Naaz and tell her about Barkat. He backs away and informs Alia that she can find her father at the dargah every Friday evening.

That Friday, Alia decides to go to the dargah in the evening. Naaz feels Alia is hiding some secret and asks Faraz to follow Alia. Faraz cancels his date with Amaira to follow Alia. Arshad asks Alia if she will go out with him for dinner later that day and Alia agrees. When she goes to the dargah, Alia finds her father. They cry and hug each other, but her father, Imraan, makes an excuse to get away from her.

Munmun changes her identity to Shonali and plans to hunt down Barkat herself. Arshad waits for Alia at a restaurant but she doesn’t show up. Instead Ejaz shows up and makes fun of Arshad for liking Alia. Faraz follows Imraan and finds out that the man Alia met is her father and Arshad’s uncle. Will he reveal these secrets to Naaz? Find out in the next episodes.

Vikrant Massey Bday Special: 5 Love Lessons The Actor Taught Us In Broken But…

#StateOfSiege2611 Gets A 9.7 Rating on IMDb, Lauded For Its Unflinching…

Anveshi Jain On Art Of Seduction, Gandii Baat And Her Audacious Role In…

Lockdown Therapy: No Matter What Your Choice Is, ZEE5 Has Content To Suit Your Taste