Ishq Aaj Kal Season 3 Review: Ankitta Sharma Is The Real Hero In This Story Of Underdogs 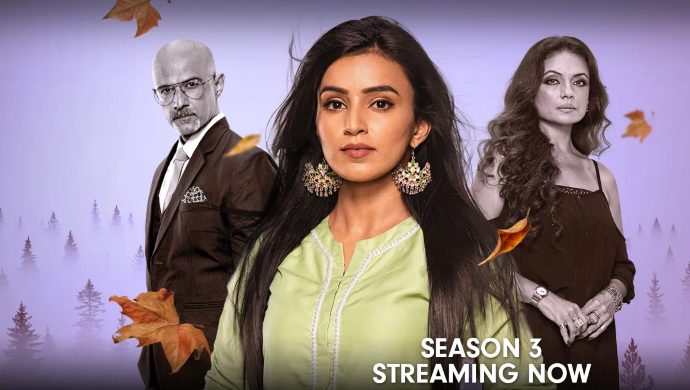 ZEE5 Original web series Ishq Aaj Kal is back with an all-new season three! The digital drama is the spin-off of Zee TV show Ishq Subhan Allah and features Angad Hasija, Ankitta Sharma, Paras Kalnawat, Puneett Chouksey and Kavita Ghai amongst others in the lead roles. Pumped with hardcore suspense and thrill, Ishq Aaj Kal has successfully managed to keep viewers on the edge of their seats for two seasons now. Will the third time be a charm too? Read our review of Ishq Aaj Kal season three to find out.

Before we get onto the details, let’s give you a quick lowdown of the story so far. Ankitta plays Aaliya Jaffri, cousin of Kabeer Ahmed from Ishq Subhan Allah. Her father Imran Jaffri was sentenced to death for killing her mother Heena but is released on good behaviour. Aaliya is trying to put the missing puzzles of her life together and find out if Imran really murdered Heena. Her quest to uncover the truth leads her to Trinity Empire, headed by Javed Ali Khan and Naaz Ali Khan. Angad essays Arshad Ali Khan, son of Javed, who selects four interns from Shimla for his Mumbai hotel – Aaliya is one of them. She finds out her father is alive while Arshad starts developing a soft corner for her. Faraaz Sheikh, portrayed by Paras, has an agenda of his own and has started spying on Aaliya for Naaz.

Season three begins on quite a note when Aaliya finds out that Barkat Ali, pretending to be Balraj, is close to Arshad’s family. Aaliya meets Imran but doesn’t stay with his daughter. Shonali is teaming up with a cop Raghav to track down Balraj. Things get interesting here because Shonali is Munmun’s lookalike, the girl Balraj killed. Faraz finds out the truth about the actual founders of Trinity Empire – Javed, Imran and Wasim (Faraz’s father). He tries to talk to Aaliya about her dad, but she doesn’t entertain him. Aaliya doubts Javed is hiding something and this irritates Arshad further after she misses their date. Ejaz, on the other hand, exposes NAK. Javed hatches a plan with Balraj but it backfires on him. By the time we hit stop on episode eight, Arshad’s life is in danger.

Speaking of performances, it was totally a season of the surprises! Puneett as Ejaz is simply a stunner. His mannerisms, arrogance and a razor-sharp mind put him in a different league altogether. If you think Ejaz is simply wasting his life chasing a ‘high,’ it’s time you watch season three. As for Ankitta, she single-handedly runs the show in the season that seems to have lesser room for romance and more for drama. Angad’s innings could have been longer considering his character graph was taking off pretty well until the latest episodes. Paras goes for the hattrick with his super-smooth transition from a man with a mission to a dedicated lover boy to Amaira (Shagun Jaswal), yet again, in the new episodes. Even though there is a lot to learn about him Faraz is a bit of a disappointment, for we prefer the vengeance side over the romantic.  Kavita, who plays Naaz, is the performer of the season! Boy, be it her dressing or her dialogues, Naaz sure knows her way to one’s heart.

Shooting has been mostly indoors, so there are no aesthetical fillers. Relying heavily on characters, and keeping the episodes to the point, the latest season is driving high on content. However, we do feel there could have been a bit more to keep the audience wanting for more. The suspense was missing because the episodes seem to be getting predictable making it a decent watch.

Tune in now and start streaming Ishq Aaj Kal season 3. Tell us what you think of the series in the comments box below.

Meanwhile, watch New Bollywood Movies like The Tashkent Files only on ZEE5.

The Verdict Trailer: A Legal Thriller About One Of India's Not So Clear-Cut Court Cases