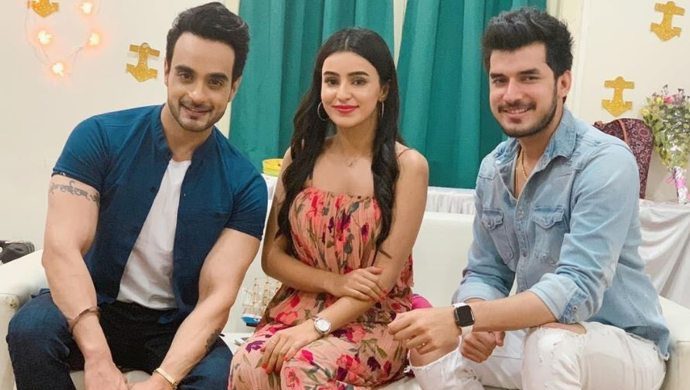 ZEE5 Original web series Ishq Aaj Kal returns with the third season, after entertaining the cyber citizens with two widely acclaimed seasons. The digital drama is a spin-off of Zee TV show Ishq Subhan Allah and stars Angad Hasija, Ankitta Sharma, Paras Kalnawat, Puneett Chouksey and Kavita Ghai amongst others in the lead roles. The trailer of the upcoming season three of Ishq Aaj Kal was recently released by the makers and boy, we are pretty darn excited. If you think season one and two were suspenseful and mysterious, let us tell you the forthcoming episodes are about to take the game a notch above.

Before we share the trailer of Ishq Aaj Kal season 3, let us give you an overview of the story so far. Ankitta essays Aaliya Jaffri, the cousin of Kabeer Ahmed from Ishq Subhan Allah. She sets out on a mission to find her father and discover the truth about her mother’s murder. Her journey leads her to an internship at a hotel in Shimla owned by Arshad Ali Khan, played by Angad. Faraaz Sheikh (Paras), Munmun (Roshmi Banik), Amaira Khan (Shagun Jaswal) are her fellow interns; all of them compete to land a job at Arshad’s Mumbai hotel. During her stay in Shimla, Aaliya uncovers several layers of the truth surrounding her family. However, everybody she meets comes with a mission of their own, including Faraaz, Munmun and Amaira.

By the end of season two, Aaliya gets a job in the hotel and is on her way to Mumbai. However, she gets falsely accused of being involved in a drug scandal. A mystery man comes to her rescue and she walks scot-free. Faraaz, despite not being selected, is offered a job by Naaz (Kavita Ghai) at the hotel. Arshad, however, is unaware of his aunt Naaz teaming up with Faraaz. Puneett is the latest addition as Arshad’s brother Ejaz. Munmun, who went missing in season one, dies in the second season. In a major development, Aaliya learns that her father is alive. However, she is equally taken aback after she learns Barkat Ali, who has been a baddie all this while, is close to Arshad.

In the trailer of season three, we see Barkat inform Aaliya that her father prays every Friday and if he is in Mumbai, she can see him at the mosque. Ejaz is torturing Aaliya and keeps calling her to know what she is up to. Faraaz, who has been trying to get into the good books of Naaz, is seen tailing someone. In one of the scenes, we see Ejaz stabbing Arshad and Aaliya is attacked too. Naaz informs her that only Javed knows what happened in the room where her mother was killed. The trailer ends with Javed telling Ejaz they are running out of time.

Are you excited for Ishq Aaj Kal season 3?

Watch New Bollywood Movies like Uri: The Surgical Strike only on ZEE5.

Rangbaaz To Kaafir: Bollywood Stars Pick Their Favourite ZEE5 Original; Which Is Yours?