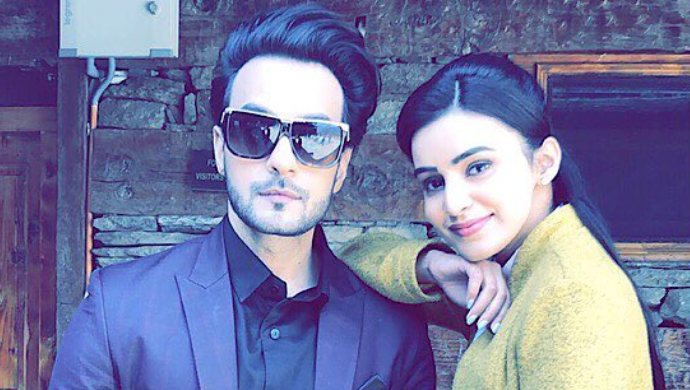 We had earlier informed you that Zee TV show Ishq Subhan Allah is all set to get a spin-off series. The Adnan Khan and Eisha Singh-starrer daily soap shall get a web reboot, and just like Kabeer and Zara’s romance, the spin-off too shall be high on elements of love. Starring Angad Hasija, Ankitta Sharma and Paras Kalnawat, the reboot is titled Ishq Aaj Kal. Our sources have now confirmed that Ishq Aaj Kal shall premiere on ZEE5 in July 2019.

The narrative of the serial shall be packed with thrill and laced with a lot of mystery and curiosity. Ishq Aaj Kal is essentially a love triangle between Angad, Ankitta, and Paras. Also playing a lead role in the show is Rosmi Banik. Angad will essay Arshad Ali Khan while Ankita’s character is named Aaliya Jaffri. Paras plays Faraz Sheikh and Roshmi will be seen as Munmun. Dark past of the families shall eclipse the future of these young individuals. Ishq Aaj Kal shall feature how our actions in the days behind us can affect the ones ahead of us.

The cast is currently shooting for the show in a resort spa in Manali, Himachal Pradesh. Check out their pictures from the outdoor shoot here:

Happiest Birthday Cutiesssss @iamankittasharma @angadhasija . Humble, sweet, good souls, positive, adorable personalities. I am happy to have met you both, it doesn't seem like we've known each other recently as we gelled along so well in such a short period of time. Have a blast and since you guys met me, this birthday will be the happiest one so far, I am sure about it 😜 hahahahahahaha. I sincerely hope that you guys have a blast post packup when we party together and may you both stay at the heights of eternal bliss now and forever ❣️. . . . . . . #happymood #happybirthday #angadhasija #ankitasharma #shoot #actorslife #manali #memories

Chandigarh girl Ankitta made her soap opera debut with Zee TV historical fiction show Lajwanti. Post which she was seen in Yeh Vaada Raha and And TV show Laal Ishq which was Angad’s last TV show appearance as well.

Are you excited to watch the Ishq Aaj Kal? Share your thoughts with us in the comments box below.