In tonight's mahaepisode, Rizwan locks Zara and Kabir in a factory to kill them in a factory which Shahbaz is trying to blow up. 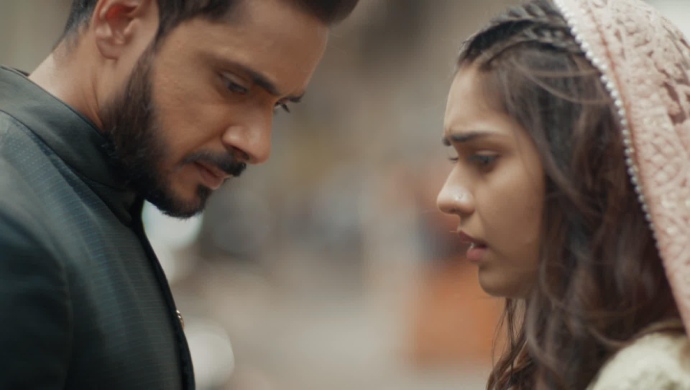 In the previous episode of Ishq Subhan Allah, Zara tells her father that she will stay away from Kabir. Zara tells her sister that she has decided to go for a job interview as a teacher to be away from Kabir’s NGO. However, she ends up meeting Kabir at the school where he looks for a job to avoid meeting Zara at the NGO. Kabir and Zara are called to Bilasa village to save a school. Kabir’s father Shahbaz sends one of his men to keep an eye on them. Zara’s cousin Rizwan is out to stop Zara and Kabir’s efforts to stop the school from being built

In tonight’s Mahaepisode, Kabir and Zara are both on their way to Bilasa. Their parents are unhappy with the decision they tell their parents that they will stay away from each other. On the way Kabir meets his brother, Kahshan, who has stopped for a tea break.

Rizwan and his men were also going to stop for tea but Rizwan sees Kashan there are decides to go on. Kashan says that a little earlier he had seen a few goons going towards Bilasa. He asks Kabir and Zara to to be careful. Kabir and Zara reach Bilasa to speak to the don, Sajid, who is stopping the school from being built in the village.

The don mixes a powder in Zara and Kabir’s tea. While Kabir and Zara are asking the don to consider their request to send the kids to school. They even tell him to take the kids out of the factory and stop the child labour. While they are in Rizwan takes petrol out of Kabir’s car with his men.

Shahbaz’s informer tells him that Zara and Kabir will be returning to meet Sajid the next day. Shahbaz is angry that his son will be with Zara for another day. He tells his man to empty the overhead tank of the factory of water and fill it with petrol to cause a huge blast. Rizwan tells Sajid that he will kill Zara and Kabir.

While they are on the road, Kabir and Zara’s car runs out of petrol. They find out the petrol pump is far away. Zara and Kabir get dizzy because of the powder mixed in their tea. When they lose control and begin showing their real feelings of love towards each other.

Rizwan and his men attack Zara and Kabir who finally get unconscious because of the powder mixed in their tea. Rizwan takes them to the factory and knows about Shahbaz’s plan to blow up the factory. He starts a fire to burn the factory. Kabir and Zara wake up. Kabir notices a fire behind Zara and asks her to escape.

Zara gets injured trying to leave and returns to Kabir on the other side of a locked room. Meanwhile Shahbaz’s man is waiting for the tank to fill with petrol before he blows up the factory. Will Kabir and Zara end up dying in the blast? Stay tuned to find out next week.

7 Blockbuster Hollywood Movies On ZEE5 You Won't Find Anywhere Else