Ishq Subhan Allah: Kabir Takes Zara To Mumbai For The Finals Against His Father’s Wishes

In the upcoming episodes, Kabir will be in Mumbai for the finals of the cooking competition. Zara will accompany him instead of Ayesha, his mother. 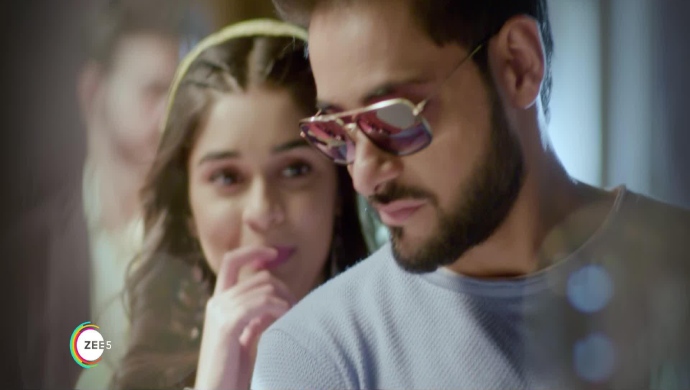 In the latest episodes of Ishq Subhan Allah, Kabir clears the second round of the cooking competition. He gives credit of his win to Salma, Zara’s mother. Kabir also decides to take his own mother Ayesha to Mumbai for the finals. However, Ayesha gets poisoned by Rukhsar, and is unfit to travel. She asks Zara to go with Kabir for the finals. This decision upsets Kabir’s father Shahbaz. He claims that Kabir and Zara are divorced and shouldn’t even be friends anymore.

Watch the latest episode where Kabir’s father tries to stop him from going to Mumbai with Zara.

In the next episode, we will see Kabir and Zara arrive in Mumbai for the finals. Kabir is seen giving an interview to the press while Zara stands behind him. The press compliment Kabir on his dressing style. Kabir says this look was chosen by his friend. Zara smiles and says Kabir is exploiting their friendship.

Shahbaz is at home and he sees Kabir and Zara on his TV at home laughing during the interview. He threatens to ruin Zara’s life. What plan does he have in mind? Stay tuned to find out.