These pictures of Aashutosh irritating Monica, in a cute way, will make you revisit your memories with your best friend. 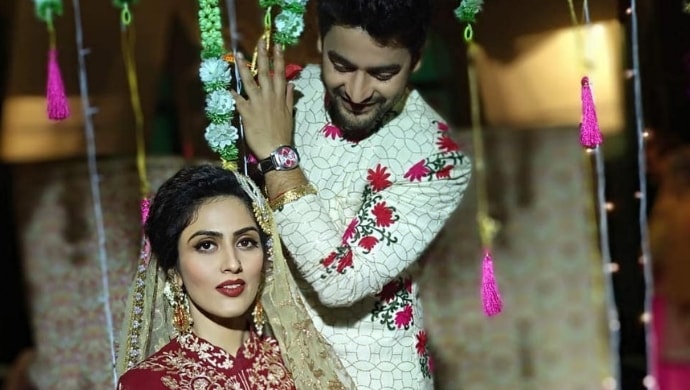 Every group has that one photo freak who wants to document everything. There is also that one who loves to spoil others’ selfies and pictures. Ishq Subhan Allah actor Aashutosh Semwal is latter. Aahustosh plays the role of Imran, best friend to lead actor Adnan Khan’s role of Kabir Ahmed. His character has been stuck by the Ahmed scion in good and in bad. Right from fixing his fights with wife Zara to helping him find a job, Imran has been the ideal bestie we all deserve in our lives.

On the small screen, Imran may not be fond of Kabir’s elder sister-in-law, but off-screen, the two share only warmth and love. In fact, he loves to photobomb every picture of Zeenat Bhabhi aka Monica Khanna. Irritating but he is damn cute. Does he remind you of a friend who acts the same?

Last year there were reports of Aashutosh bagging a Bollywood film. The actor had confirmed the same but nothing concrete followed later. Nonetheless, he has been consistently performing great on Ishq Subhan Allah and his portrayal of Imran has earned him a huge fandom.

As for his friendship with Monica, friends always find a way to get onto your nerves, don’t they? Do you even have a best friend if he/she doesn’t do something simply for the sake of annoying you? Aashutosh and Monica make for one such endearing BFF jodi.

Have you ever found yourself being photobombed by your best friend? Or you are that BFF? What are the other ways your bestie kinda irritates you, but you wouldn’t have them doing it any other way? Share your cherished moments with your buddy in the comments section below.