What's so special about this trivia you ask? The co-incidence is interesting because Ishq Aaj Kal is the web spin-off of Zee TV show Ishq Subhan Allah 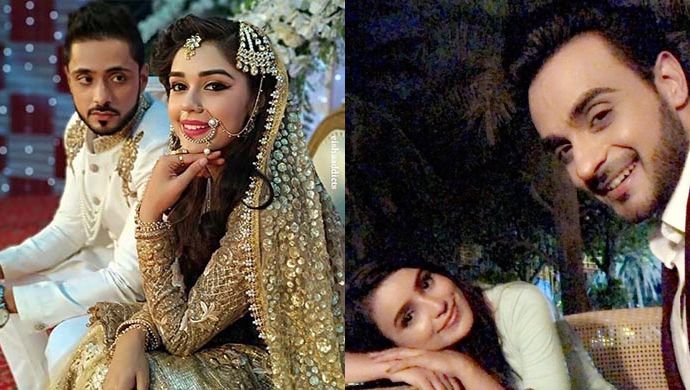 Birds of a feather, flock together. This saying holds cent percent true in the case of Ishq Aaj Kal stars Angad Hasija and Ankitta Sharma. The actor essay the lead couple Arshad Ali Khan and Aaliya Jaffri on the said ZEE5 Original web series. Both of them have confirmed to us in exclusive interviews that they get along like a house on fire. It’s seldom you see actors bonding so well on their first professional outing, but guess the same can be owed to the similarities they share. Besides hailing from the same city Chandigarh, Angad and Ankitta are hard-core foodies who cannot resist their Punjabi taste buds. More importantly, they even share the same birthday! Now ain’t that too many things in common for two stars to bond?

Here, a glimpse of Arshad and Aaliya’s world in Ishq Aaj Kal for you.

Angad and Ankitta celebrate their birthday on 31 May and both belong to the Gemini zodiac sign. But it’s not just our Ishq Aaj Kal stars who share the same birthday. Adnan Khan and Eisha Singh of Zee TV show Ishq Subhan Allah too share the same birthday. Seen as the romantic lead pair Kabeer and Zara on the television serial, they both were born on 24 December and are of Capricorn zodiac sign. Wondering what is so special about stars of two shows sharing the same birthday? Well, it is indeed an interesting coincidence because Ishq Aaj Kal is the digital spin-off of Ishq Subhan Allah. Yes, the story of Arshad and Aaliya is born from that of Kabeer and Zara’s universe, and thus, the trivia has our interest piqued.

You can meet the entire cast of Ishq Aaj Kal here.

Speaking about his birthday celebrations, Angad told us exclusively, “It’s so strange you know, Adnan – Eisha of Ishq Subhan Allah and Ankitta and I share the same birthday. We both were shooting in Manali on our birthday, so my cousins who had flown in from Chandigarh and all of us had a party. Although we had an early call time the next day, it was so much fun. We slept late, but still, everyone made it for the shoot in time.”

Catch the season finale of Ishq Aaj Kal on ZEE5 on 25 July 2019. What do you think will be the end of Aaliya and Arshad’s story? Tell us in the comments box below.