In this ZEE5 Original, amid the 1971 Indo-Pak war and cholera epidemic, Kusum and Ronobir's love crosses limits! But can it stand the test of time? 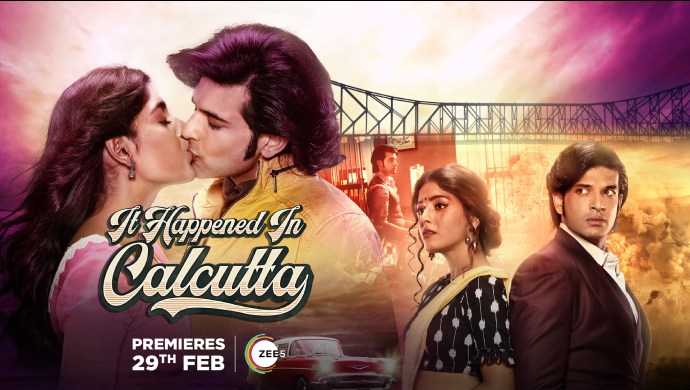 Karan Kundrra, Naghma Rizwan, and Harman Singha starrer It Happened In Calcutta doesn’t stop at being just a love story! This ZEE5 Original series is an epic love saga of the 1960s and 70s, taking you through the colourful yet difficult lives of Kusum Ganguly and Ronobir Chatterjee in the City of Joy-Calcutta (Kolkata). Conceptualised by Ekta Kapoor, the tale lets you into the world of doctors who keep fighting! First, they fight for their love, then they fight to become doctors! Thirdly, they fight against diseases then they fight in a war, and finally they come full circle to fight for their lost love again!

Debutant Naghma Rizwan brings absolute freshness to her character Dr. Kusum Ganguly. Being fatherless doesn’t dampen her spirits of becoming a doctor, but there is surely an emotional scar behind it. In that era, when it wasn’t easy for women to pursue their dreams, Kusum becomes the first female M.B.B.S. student at the Calcutta Medical College, and a topper! Though determined not to repeat her mother’s mistakes, she ends up in the exact same spot! Naghma is a natural when it comes to emoting with graceful facial expressions and looking stunning in her vintage sarees on-screen! Kudos to the costume designer for that!

Well, what can one say about the flamboyant casanova Dr. Ronobir Chatterjee? Essayed by Karan Kundrra, this character is the ultimate flirt and ladies man. He breaks Kusum’s heart by being extremely irresponsible for his actions. Two-timing with Kusum and Sujata (Simran Kaur Mundi), his fiance, Ronobir seems to be a man of no morals. But nine years later, an incident that leads to death by cholera, knocks some sense into him and he regrets abandoning Kusum! Through his character, the series makes you question the worth of a second chance at love!

Dr. Ratan Bagchi, played by Harman Singha, is the face of all the friend-zoned loyal lovers on earth! Though he is an honest man and a dedicated doctor, Kusum detours towards Ronobir and hurts Ratan time and again! Keeping it real, Harman emotes subtlely and remains true to his character throughout! In fact, he is the saviour who goes to the extent of helping Naxalites which results in him coming to Kusum’s rescue who is now a prisoner of the Indo-Pak war! He represents trust, patience and selflessness, despite being turned down by Kusum!

Not taking away from the serious issues of the cholera epidemic and the Indo-Pak war in 1971, the 10-episode series also highlights the Naxalite movement, the state of the refugees and the POW (Prisoners of War) camp, giving you an insight into the Indian history! Lending his voice-over to the yesteryear’s narrative, Karan Kundrra holds the thread connecting the three lives!

Rabindranath Tagore’s song ‘Ekla Chalo Re’ takes the passion a notch higher! Directed by Ken Ghosh, the series leaves you hopeful for a second season, because even after tragedy and heartbreak, we feel that love is not done with them!

What are you waiting for? Catch It Happened In Calcutta streaming now on ZEE5 Originals!

Meet The Characters Of ZEE5 Original Film Based On Jailbreak, Operation Parindey