On the eve of his debut song's release, Ravi Dubey talks to us about producing the 'Rubaru' video and the possibility of a next season of Jamai 2.0. 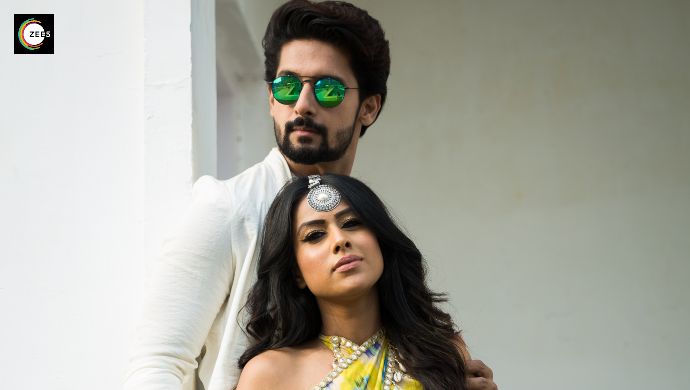 Ravi Dubey, Nia Sharma and Achint Kaur surpassed the audience’s expectations with Jamai 2.0 on ZEE5. Ravi Dubey even made his singing debut in the web series with ‘Rubaru’ a romantic song which was the original soundtrack of Jamai Raja on ZeeTV. And on fans’ demand ‘Rubaru’ was made into a video which will release today on November 11 2019. Produved by Dreamiyata Entertainment PVT. LTD, the video was shot at Fairmont, Jaipur and choreographed by Rahul Shetty.

Before the video release Ravi Dubey sits down for a quick chat to discuss what went behind making this video and what is next for him.

Watch the teaser for the episode here.

When asked about the hype surrounding the release of the music video after the teaser, Ravi Dubey mentions ‘I think let the expectations soar. Because it’s just a matter of time before the music video releases on November 11th. I’m really keeping my fingers crossed because it’s my first attempt at singing, I’ve only been singing in bathrooms before this.”

He even commented on the possibility of another season for Jamai 2.0, ” That’s for them (ZEE5) to decide. But the story definitely has scope for another season. Because in Jamai Raja if you see Siddharth, Roshni and DD were all dead but Jamai 2.0 brought them back from the dead.  Storytelling is something where there’s not endings, everything can become a new beginning. So yeah there’s definitely scope for more episodes.’

Nia Sharma who is playing the new Naagin and Arjun Bijlani who will be seen in ZEE5’s Operation Terror: Chhabis Gyarah are some of Ravi Dubey’s closest friends. He wishes Nia Sharma, his favourite co-actor, does really well and gets appreciation for whatever she does. About Arjun Bijlani, Ravi Dubey says ‘He is the most honest people you will meet. He wears his heart on his sleeve and expresses himself. I’ll always wish the best for him.’

On his own future projects Ravi Dubey is doing a new movie along with the Rubaru music video. He says ‘I’m very excited playing the role of a storyteller because I am also a producer now. As a protagonist I would like to try out roles that I have not done before, maybe a biopic.’

When asked which character he would like to play, Ravi Dubey responded, ‘People say I’m looking like a young Kamal Hassan now because of my moustache. So maybe that.’ While Ravi only said that as a joke, which real-life personality do you think will be perfect for him? Let us know in the comments below.

Watch out for the Rubaru music video which drops today on ZEE5.