Jamai 2.0 Teaser: Nia Sharma And Ravi Dubey’s Reunion Is Everything We Were Waiting For 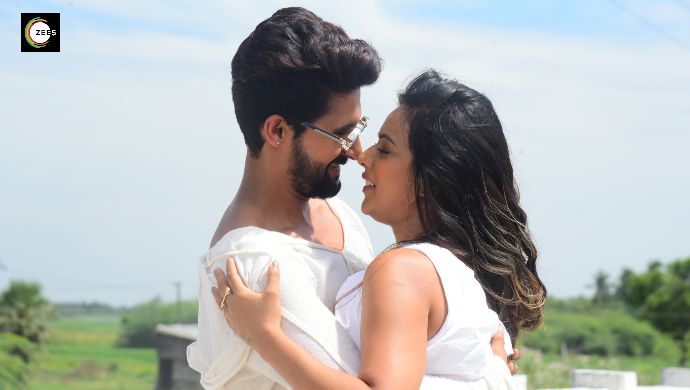 Jamai 2.0 teaser is out now. The ZEE5 Original web series reunites Jamai Raja stars Ravi Dubey and Nia Sharma in a sequel to the Zee TV show. The OTT platform today released a sneak peek of the digital drama and boy, the wait just got unbearable! Ravi and Nia’s pairing as Siddharth and Roshni on the TV series was an incredible success. Millions of people fell in love with #SidNi and have been waiting to see how the story moved forward after the credits rolled three years ago. Now, after years of waiting, we finally have our first #NiVi back! Going by the video, Jamai 2.0 is exciting and everything we’ve been waiting for.

Love, revenge, drama, thrill, suspense run deep and wild in this teaser of Jamai 2.0. “Love is sweet but revenge is sweeter. He will ensure everyone gets what they deserve,” Ravi captioned it on Instagram. Going by his dialogues, it would be safe to assume Siddharth is here to take revenge. After all, he is the ‘joker’ in a game of cards.

Check it out right now:

Besides Nia and Ravi, Achint Kaur and Sanjay Swaraj have been retained from the original cast. New characters have been added which will be played by Sudhanshu Pandey, Khatija Iqbal, Varun Jain, and others. The teaser gives the briefest look at Jamai 2.0 plot, which certainly isn’t enough to give us an idea of how the story unfolds. A poster was shared featuring Ravi and Nia as Siddharth and Roshni a couple of days ago. In case you missed it, check it out here:

While it’s wonderful to finally get a first look at Jamai 2.0, this teaser is likely to only get fans more excited and impatient for the final product. Jamai 2.0 premiers on ZEE5 on 10 September 2019.

Are you excited to Ravi return to the Jamai Raja universe? Let us know in the comments box below.