Sanjay has been retained from the original cast of Zee TV show Jamai Raja whereas Khatija is the latest addition to the ZEE5 Original web series. 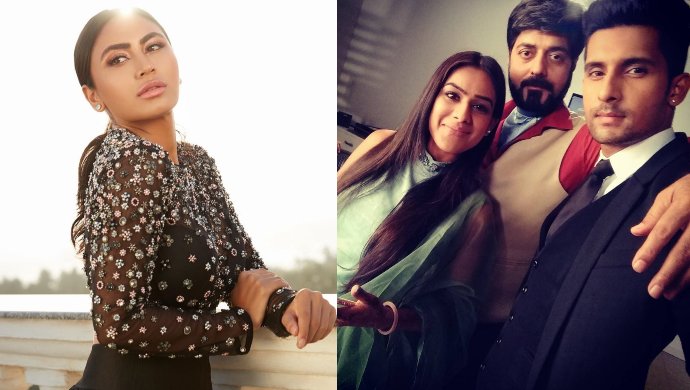 We at ZEE5 have been loving all the response to our upcoming original web series Jamai Raja 2.0. In fact, we have been trying to release and bring to you as many exclusive updates as possible. Yesterday, we shared exclusive stills from Ravi Dubey and Nia Sharma’s first day of the shoot. Now we have a confirmation from actor Sanjay Swaraj, who played Ravi’s father in Zee TV show Jamai Raja, that he indeed is returning for the digital version. Actress Khatija Iqbal aka Katie too has been roped in for the web series. In an exclusive conversation, both Sanjay and Khatija reveal details about their respective roles and joining the Jamai Raja franchise.

Before we proceed, #SidNi fans, if you are missing Siddharth and Roshni, catch this special highlight from Jamai Raja:

Khatija exclusively told us that she essays Shefali, the right hand of Achint Kaur‘s character DD Patel. “I am extremely excited to be part of this wonderful show…a super-duper hit show, which I watched for many years. It feels amazing to be united with the great actors who made it extravagant! Shefali is a sharp, intelligent and charming girl who is extremely faithful to her boss and she runs the show being the right hand of the great gangster and boss lady DD.” She signed off revealing that she begins shooting for Jamai Raja 2.0 on 22 July 2019.

Sanjay, on the other hand, tells us that he plays a flamboyant person. “I am very excited to reunite with them because firstly, I share very good chemistry with Ravi, Nia, and Achint. Secondly, they are all fantastic actors. My character is a flamboyant person who has earned his wealth from smuggling and wants to destroy DD Patel. The role sounds very interesting to me, if done with the right ambiance, I think it will turn out great. However, I have read only five episodes till now, let me go through the rest and then I will be in a better position to talk about it,” he asserts.

Further talking about shooting for the web, he goes, “Since Jamai Raja was famous all over, it is really wonderful to shoot in the digital format. I am sure our director Shashnt, who has a film background, would do absolute justice to the web series. People will love it, they would want to watch it while travelling or in leisure time or whenever they feel like.”

Meanwhile, Ravi and Nia recently commenced shooting for the digital drama in Mumbai. Achint has joined them too. The first-day pictures have got us all excited and we cannot wait to bring more updates for you all. Stay tuned for all the dope on Jamai Raja 2.0.

Are you excited about Ravi and Nia’s Jamai Raja 2.0? Let us know in the comments box below. In the meantime, catch up or binge-watch episodes of your favourite TV shows on ZEE5.