Kaafir, a ZEE5 Original series, marks the digital debut of Dia Mirza and Mohit Raina. The web show premieres on the OTT platform on 15 June 2019. 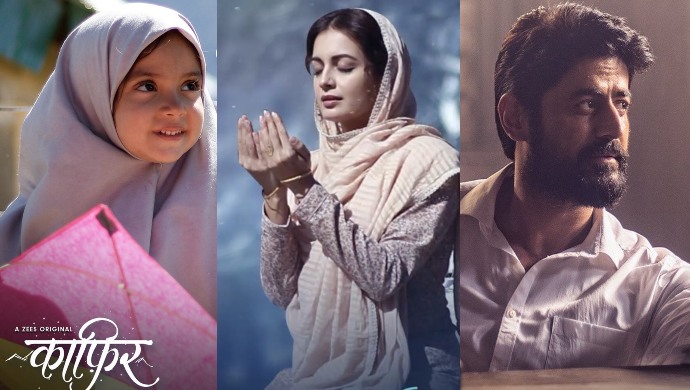 Kaafir, a ZEE5 Original series, marks the digital debut of Dia Mirza and Mohit Raina. The web show traces the story of Kainaaz Akhtar, played by Dia, a Pakistani woman accused of being a terrorist. She has been locked up in an Indian prison for seven years when an ex-lawyer Vedant Rathod, essayed by Mohit, finds out about her. During her term, Kainaaz becomes a mother and has a five-year-old daughter Seher. Little Dishita Jain plays the role of Seher in the series.

Check out the latest promo of Kaafir here:

The narrative of this emotionally stirring and sensitive story set in Kashmir follows the ordeal that Kainaaz and Seher face in the hell that jail is. Vedant makes their freedom his mission, and needless to mention faces the brunt of helping an alleged militant. Amid the sprawling boundaries of India begins Kainaaz’s journey, a young girl from the neighbouring country who ends up crossing the border through a series of strange circumstances. In the words of Dia, “Kainaaz is a product of circumstance like all of us are.”

Check out other promos here:

Kainaaz is unable to go back home, especially now that she has a daughter in India. Vedant is their only ray of hope, but will he be able to seek justice for the Pakistani mother and her little one? The series is a human drama written by Raazi fame screenwriter Bhavani Iyer and directed by Sonam Nair. It majorly revolves around the relationship between this accused militant and her lawyer who makes her justice, his mission. Will his mission and her dream ever come true?

Kaafir premiers on ZEE5 on 15 June 2019! Stay tuned for more updates about the ZEE5 original series. Are you excited to watch Dia and Mohit make her web debut with Kaafir? Show some love for the actors in the comments box below.